NEW from Apple (sort of) 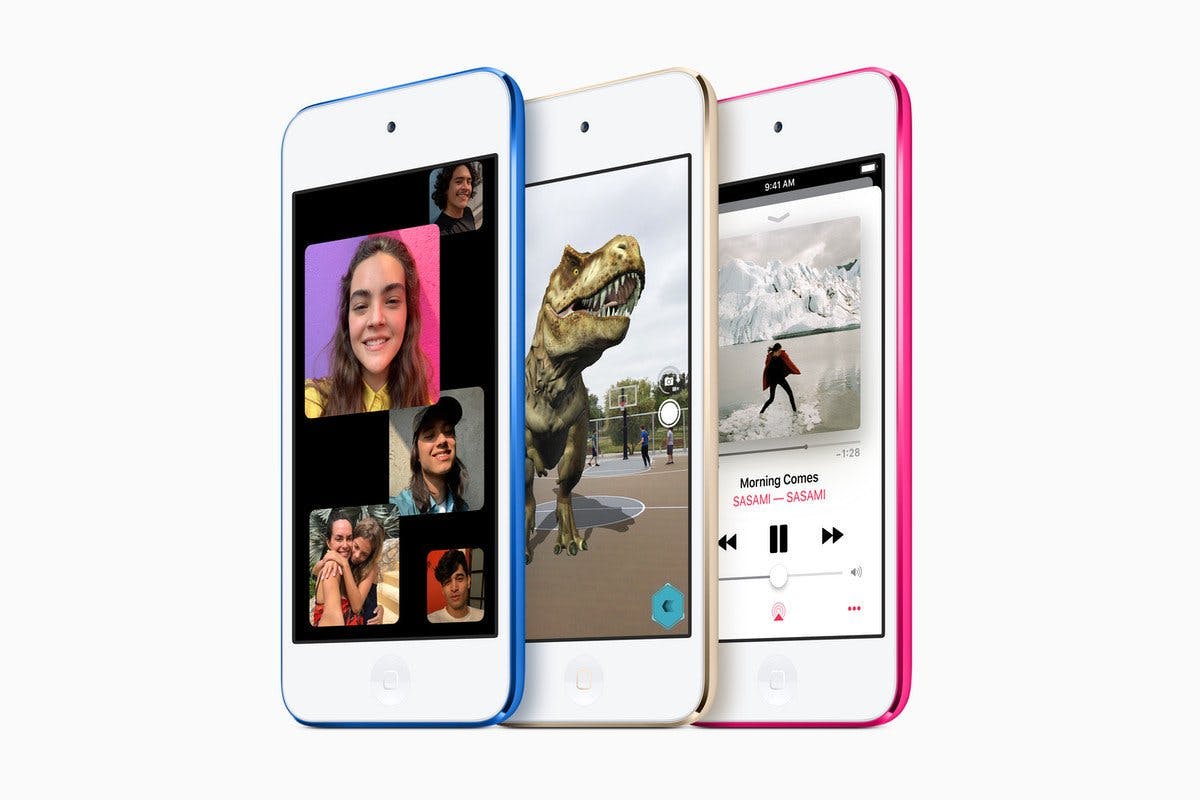 Earlier this week, Apple gave a long overdue refresh to one of its older products — the iPod Touch.

In case you need a refresh on what the iPod touch even is; it's looks like the iPhone, but it's just an iPod.

The iPod Touch update is the first from Apple in nearly four years, and the revamped version is getting the same processor as the iPhone 7 and a new 256GB storage option.

Why hasn't Apple discontinued a product like this, you may ask?

“For those who are asking 'but why' one answer is 'for my kids.'” - Andreas

“For all those that hate the idea of a smartphone and want to have their entire music library - that took years to import into iTunes from CDs - available to listen to anytime anywhere.” - Tyler

In March, Apple demonstrated how it's leaning into services when it took the hood off a bunch of new products, including Apple TV Plus, Apple News Plus, Apple Card and gaming subscription Apple Arcade.

Apple Arcade may be the real reason behind the iPod Touch upgrade, as the company is reportedly making sure it can run all of its upcoming games on the device.

It's worth noting that Apple isn’t the only big company to revive old tech. Palm reinvented the Palm Pilot in a small form factor endorsed by Steph Curry. Nintendo shrunk the Nintendo Entertainment System so you can relive life as 16-bit Link. Nokia reimagined its classic phone and yes, it includes Snake.

Get the iPod Touch
HIGHLIGHT

This beautifully branded cereal costs $39/box. Worth it? 🥣

Yesterday's Top Products
CSS Grid Generator
Simple tool to generate css grids
CityBugs
Improving cities to make them a better place to live in.
ABBYY FineScanner AI 7
Intelligent AI assistant for scanning and document OCR 📲
AppOnboard Studio
AppOnboard Studio brings your app ideas to life without writing a single line of code. Download AppOnboard Studio for free
Promoted
Makerpad Experts
Marketplace to hire no-code experts
Hey Team
The new way to manage your onboardings
Show More
💌 Join 500K+ subscribers who get the best of tech every day right to their inbox
Enjoying this newsletter?
Previous newsletters
An app to chat with Steve Jobs
May 29, 2019
The startup that powers Coinbase, Venmo and more
May 28, 2019
The TikTok smartphone
May 27, 2019
Latest Stories
What it feels like when you've found product-market fit
18 min read
The unicorn startup with zero revenue?
7 min read
“90% of the game is not giving up”
10 min read
When Content Becomes Your King
16 min read
FAQTermsPrivacy & Cookies
NewsletterAdvertise
© 2022 - Product Hunt