NEW from Adobe: A TikTok tool 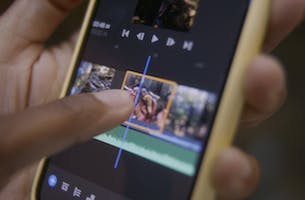 Adobe is riding the TikTok wave.

TikTok users now get all of Rush’s built-in editing features, including auto-ducking, transitions, color filters, timelapse and slo-mo. They can also share any video creations to all social channels, including TikTok, straight from the app.

“We built Rush for content creators who want to shoot, edit and share wherever they are. With Rush, all your video projects sync across all your devices and you can make a complete edit on your phone if you want to. Rush was no small feat to build! We combined technologies from Adobe Premiere, After Effects and Audition into a new, easy to use interface” - Adobe Senior User Experience Design Lead Johannes Eckert

The TikTok partnership is well-timed, as the fast-growing app is quickly becoming the next big creative platform. The app itself now has over 800 million monthly active users, even though 500 million of those users use Douyin, the Chinese-language version of TikTok. With TikTok’s growth, we’re seeing a rise in TikTok-related products built on Product Hunt. In the past two weeks alone, we’ve seen Makers build a TikTok client for web and multiple analytics tools that let you detect influencers and track their stats.

Wanna smash your to-do list? Try exploding it instead. 💣