The whole foldable phone thing came onto our radar just about a year ago, when Samsung officially unveiled its “Galaxy Fold“ smartphone. The Galaxy Fold’s screens infamously started to break (and then break again), so of course Samsung came out swinging at its annual event with the Galaxy Z Flip this week.

The compact phone folds up into a small little square when it’s closed, and Samsung says the phone’s bendable glass screen should last for 200,000 folds. Would you get it? Tell us! The phone arrives this Friday for $1,380.

Samsung also took the hood off of another smartphone at the event: the Galaxy S20 (aka the annual refresh of Samsung’s flagship phone). Big changes include the removal of the headphone jack, another camera and better photo features. These phones will be available during the first week of March.

Samsung also announced its second-generation wireless earbuds, Galaxy Buds Plus, at the event. TLDR; the new buds provide a huge boost to battery and sound, but they look exactly like the original Galaxy Buds (Samsung’s answer to AirPods).

Get the Z Flip
HIGHLIGHT 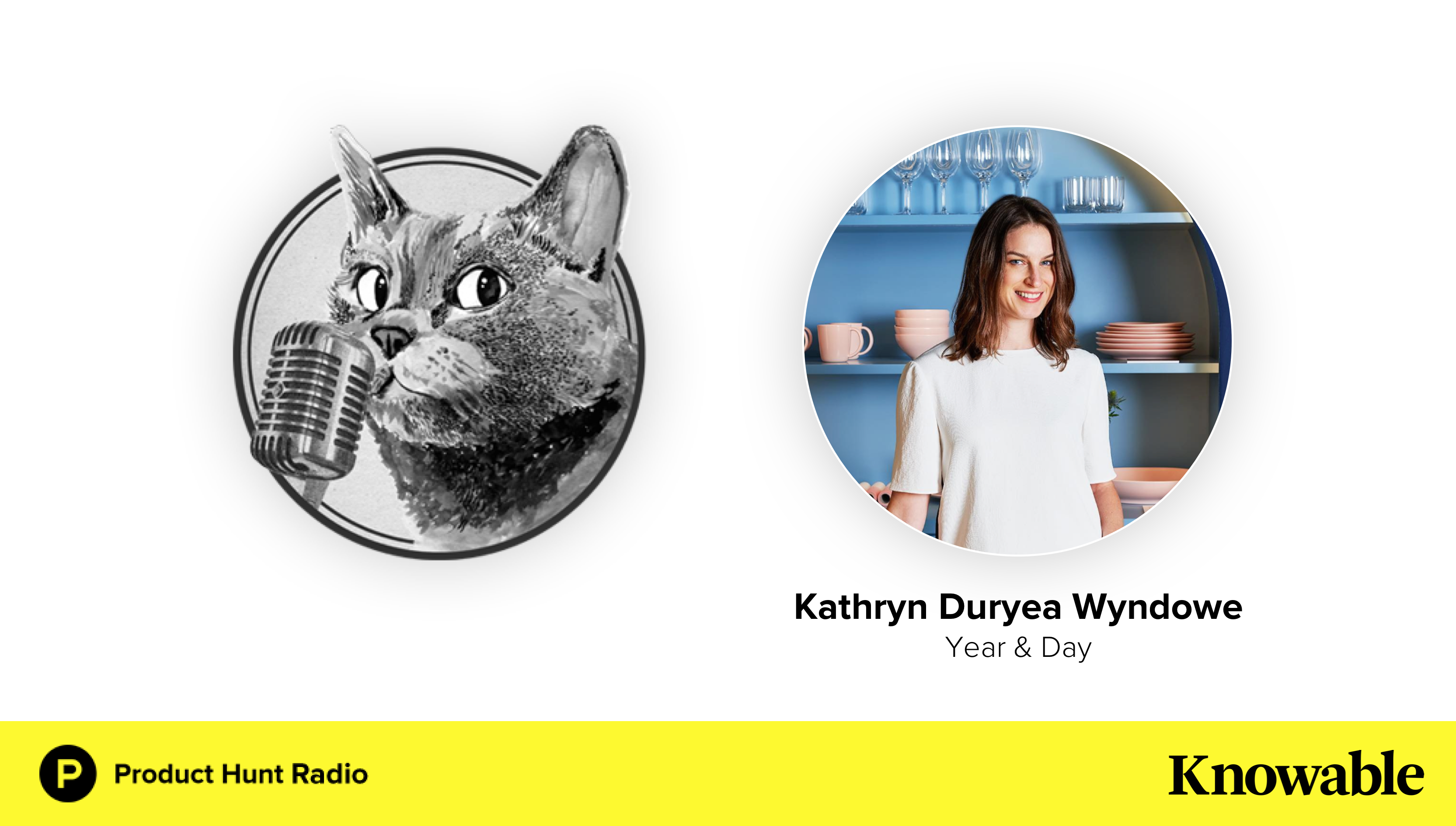 In this week’s edition of Product Hunt Radio, we talked to Kathryn Duryea Wyndowe, founder and CEO of Year & Day. In this episode we cover how her crazy year preparing to launch the brand, the power of Instagram and the rise of direct-to-consumer and how she came up with the idea for Year & Day.

We’ll be back next week with another special guest, so be sure to subscribe on Apple Podcasts, Google Podcasts, Spotify, Breaker, Overcast, or wherever you listen to your favorite podcasts. 😸

Yesterday's Top Products
Phone Call Translator
Translates your voice calls into 29 languages in real-time
Formatted Email Subject Lines by cloudHQ
Popping email subject lines in bold, italics, strikethrough
EquityBee
Get the funding you need to exercise your stock options
Matter
Be in control of your career. Feedback is NOT a gift – don't passively wait for it. Ask for it and search it out with gusto! Amazing feedback starts with Matter. Gather, clarify, and give professional feedback all in one place.
Promoted
Landing Pages by ConvertKit
The easiest way to launch your next creative project
Infinideas
Infinite feed of crowdsourced ideas from the web
Show More
💌 Join 500K+ subscribers who get the best of tech every day right to their inbox
Enjoying this newsletter?
PREVIOUS NEWSLETTERS
Could *Slack* be the email killer?
February 10, 2020
The “Tinder for Snapchat”
February 09, 2020
An app for time traveling
February 06, 2020
Predictions! 2020 Breakout Startups 🔮
February 05, 2020
NEW STORIES
How to build for culture after fundraising
Maker Stories . 8 min read
Reimagining search by Sridhar Ramaswamy
News . 6 min read
Zoom Apps for Makers
How To . 5 min read
Product Hunt, meet Hyper
Maker Stories . 5 min read
FAQTermsPrivacy & Cookies
NewsletterAdvertise
© 2021 - Product Hunt