“This is stomach-turningly good. Yikes.” 👀 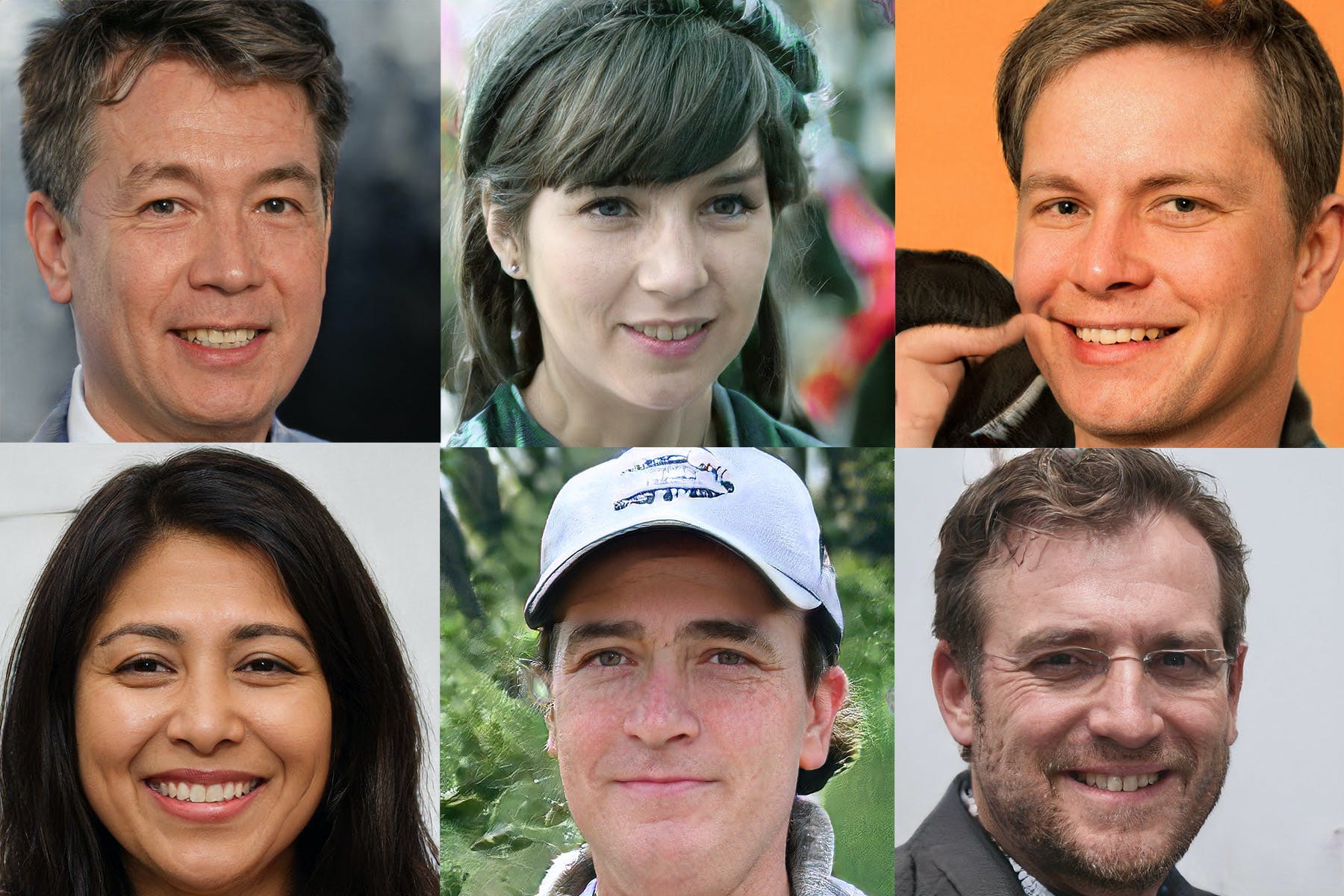 We're going to warn you right now — this is creeeepy.

Yesterday, This Person Does Not Exist surfaced on Product Hunt and presented the internet with random, computer generated people. You have to try it for yourself to see why we have the heebie-jeebies.

If you're too scared, here's how it works: When you click on the website, you conjure an image of a person's face on to your browser. Refresh the page, and you'll get another face. The creepy part: these people never existed in real-life, even though they look so real. It's an AI magic trick.

“How am I so scared and so impressed all at once?” - R. Colin

“This is stomach-turningly good. Yikes.” - Elizabeth

“This kind of stuff is going to be huge in a near future in opinion. Not only in stock photos/videos but also in film making / Broadcast. Imagine having fake but 100% real-looking actors/anchors?” - Sabastien

How it actually works: The technology behind This Person Does Not Exist is a type of algorithm called a Generative Adversarial Network (GAN). It basically splits AI into separate, competing sets of algorithms — one set tries to create something while the other set judges if it's a real or fake. In this case, the GAN is used on photos of people’s faces, but it can work on anime, artwork, etc., etc.

The technology has the potential to revolutionize a lot, such as video games, 3D-modeling or tools used for mockups and prototypes.

In the meantime, some other fun tools for your face:

This Person Does Not Exist
HIGHLIGHT

Yesterday's Top Products
Unlimited Email Tracker
Track opens and clicks, set reminders and delays in Gmail
This Person Does Not Exist
Computer generated people. Refresh to get a new one.
Cuyn
Crypto-powered job market
The Information
Interested in learning about the burgeoning micromobility space? Sign up for The Information’s free Micromobility 101 Course — a 15-day guided primer on dockless e-scooters, bikes, and other micromobility transportation services, delivered straight to your inbox.
Promoted
Animar
An Augmented Reality tamagotchi with the real wild animals
Loomly 3.0
A social media calendar to help you make better content
Show More
💌 Join 500K+ subscribers who get the best of tech every day right to their inbox
Enjoying this newsletter?
Previous newsletters
Get calm via email. Wait what?
February 13, 2019
RIP iMessage
February 12, 2019
This robot startup just raised $940M (!!)
February 11, 2019
Latest Stories
What it feels like when you've found product-market fit
18 min read
The unicorn startup with zero revenue?
7 min read
“90% of the game is not giving up”
10 min read
When Content Becomes Your King
16 min read
FAQTermsPrivacy & Cookies
NewsletterAdvertise
© 2022 - Product Hunt