Best meme of the decade 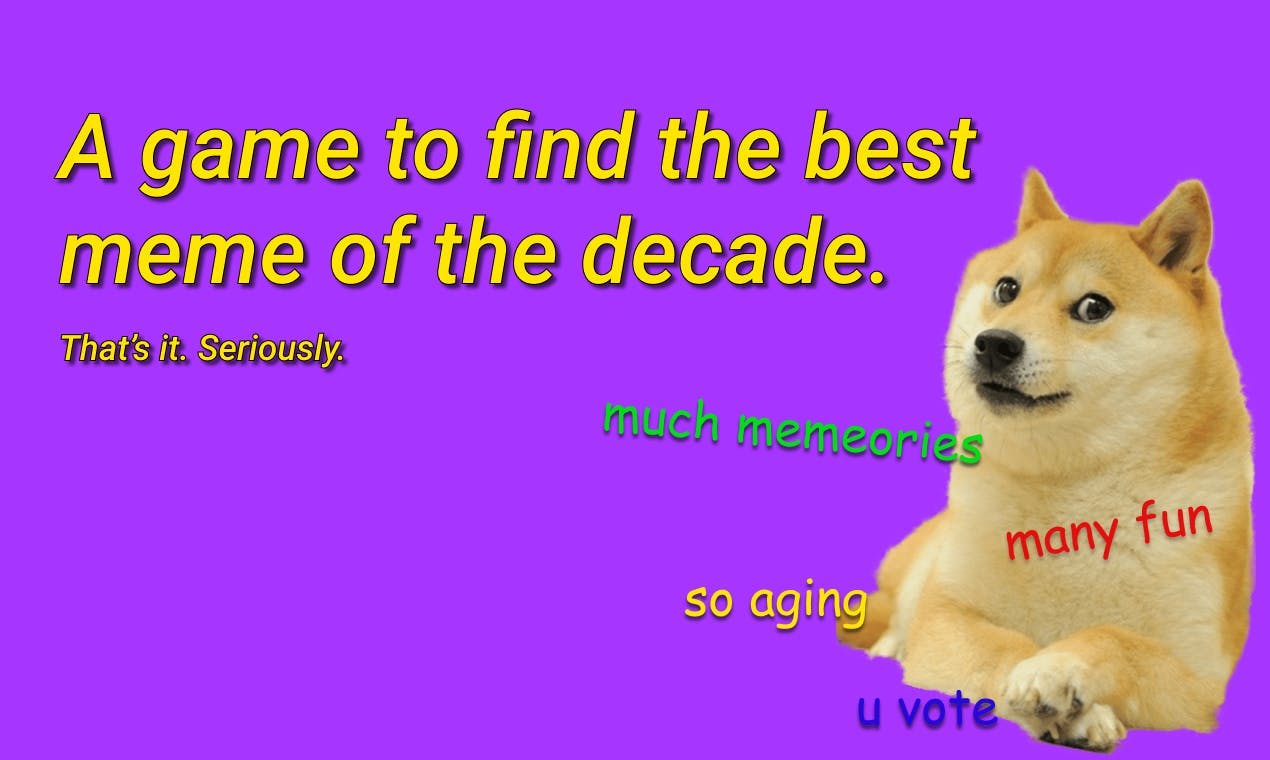 Important question: What was the best meme of the decade? 🤔

As the 2010s draw to a close, Maker Armand Saramout was inspired to reflect on an amazing decade for meme culture.

“I want to find the best meme that's blessed our feeds and warmed our hearts. It's like a playoff style voting approach, decided by you, the people. I would've called it meme madness but I didn't want the NCAA to sue me.”

Armand sorted through over 500 memes, and then narrowed the list down to ~120. You can vote for your favorite here, and there’s even a “wild card” round if your favorite meme is missing.

“This needed to exist, thank you.“ - Jordan

For other meme content, check out these canvas prints of memes, the best memes from Reddit, the ‘Google Trends of memes,’  a coloring book of memes and this marketplace to buy, sell and collect “rare, dank memes.”

Best meme of the decade
HIGHLIGHT

NEW: Colorful skins for your new Cybertruck. That is all. 🙌

Yesterday's Top Products
Cocoon
A private app for the most important people in your life
Linkbuildr for WordPress
Automated content promotion for Wordpress
Shared Cards by Privacy
Safely and securely share your card number with anyone
Hotjar
There's a fast and visual way to better understand your users. Hotjar is everything your team needs to see how people are really using your site and get instant visual feedback.
Promoted
Microsoft Math
A free app to help with school math problems
CoScreen
Work Together, Better Than Ever
Show More
💌 Join 500K+ subscribers who get the best of tech every day right to their inbox
Enjoying this newsletter?
Previous newsletters
And the award goes to...👻
November 25, 2019
Gone from the internet: likes
November 24, 2019
NEW: Tesla's electric truck
November 21, 2019
Latest Stories
The CEO with an Empty Calendar
12 min read
What it feels like when you've found product-market fit
18 min read
The unicorn startup with zero revenue?
7 min read
“90% of the game is not giving up”
10 min read
FAQTermsPrivacy & Cookies
NewsletterAdvertise
© 2022 - Product Hunt