The evolving state of NFTs

It’s time to talk about NFTs again — unless you’ve been tracking and minting all along.

“I’m Geoff, I “stole” all of your NFTs,“ says Geoffrey Huntley, a software engineer, on his Twitter profile. Earlier this week his project, The NFT Bay, arrived on Product Hunt. It's a torrent site (modeled in the style of the famous file-sharing site The Pirate Bay) that lets you download 15 terabytes of people’s… JPEGs? NFTs?

That is the question.

Huntley’s project shines a light on an issue that some makers have with the current state of NFTs: the majority of images are not stored on the blockchain. Perhaps surprising to those who just wrapped their heads around NFTs, many NFT images are hosted on the same storage sites you use for work files. What likely is stored on the blockchain when you buy an NFT is a reference in the transaction metadata that connects you to the piece, but that doesn’t mean a lot if the platform storing your image goes MIA — does it?

“There is a gap of understanding between buyer and seller right now that is being used to exploit people. The image is typically not stored on the blockchain and the majority of images I've seen are hosted on web2.0 storage which is likely to end up as 404 meaning the NFT has even less value,” wrote Huntley on Github.

You might call Huntley’s project “right-clicker mentality.” The term sums up the idea that NFTs are just images — by right-clicking and saving an image from your desktop menu, you can grab the same image another person paid precious ETH for. NFT enthusiasts get trolled all the time by right-clickers who say their JPEG is no different than the buyers’ JPEG.

Huntley’s project does resonate. Ryan Marr wrote on the launch page: “I bought this NFT, years ago, and for the majority of that time the website was down, and I had nothing to show for anything other than a record on the blockchain.” Like Marr’s NFT, some of the biggest headlining projects you’ve heard of (see: Apes) are not “on-chain.”

But then, some are. LarvaLabs launched Autoglyphs, “the first on-chain generative art on the Ethereum blockchain,” and then took CryptoPunks on-chain in August this year, years after first creating them. New projects like the buzzy Chain Runners are fully on-chain.

Where does that leave us? At the beginning still. The technology is evolving. Experts in this space say to buy art because you love it (and HODL!) Also, be on the lookout for makers in this space working to simplify the process of moving NFT artwork on-chain.

And join in the discussion! What still perplexes you about NFTs?

Talk NFTs by the bay
HAPPY THANKSGIVING TO THOSE WHO CELEBRATE!

ICYMI, we added new deals for all of our Founders Club members, including good stuff from Retool, Slack, and Nordpass.

Pendo just doesn't talk about product-led growth, they live it as well. That’s why they released Pendo Free in November 2020; a free-forever version of Pendo that helps you better understand your users with analytics and engage with them using guides. In October 2021, they took another product-led step, opening Pendo Free to mobile apps. With this new release, you can understand all aspects of your user's cross-device journey as well as how they behave and interact with your mobile apps. 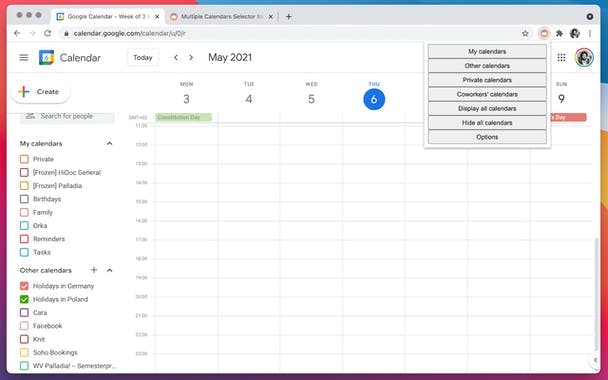 💌 Join 500K+ subscribers who get the best of tech every day right to their inbox
Enjoying this newsletter?
Previous newsletters
Building blocks for the metaverse
November 23, 2021
Baking up shortcuts
November 22, 2021
Great observation
November 21, 2021
Latest Stories
Where do we go from Twitter?
3 min read
Notion AI is in Alpha
2 min read