Review: A year of deepfake launches

Facebook put out an announcement earlier this week outlining its plan for addressing deepfakes on its platform. The TLDR; intentionally misleading deepfakes are banned, as is content that uses AI to merge, superimpose or replace content onto a video. 👀

Facebook’s new rule is not all-encompassing by any means — it does not extend to parody or satire, or “video that has been edited solely to omit or change the order of words.”

It’s the latest step by a big tech company to combat the spread of misinformation by deepfakes before it gets out of hand. The announcement also follows a tweet from Twitter’s Safety team in October that asked the public to weigh in on its new policy to address deepfakes.

All of this comes at a time where synthetic media is growing steadily, as is anxiety over the potentially harmful fall-out from deepfakes (i.e. in political elections) on social media. Within the past week, it was reported that TikTok’s parent company quietly built a deepfake maker. Snap also seems to be investing in the technology with its recent acquisition of AI Factory (a startup that created animated selfies that map onto videos), which we wrote about earlier this week.

Over the past year, we’ve seen over 10 product launches of the “this X does not exist” variety, meaning AI-generated faces, resumes, cats, personalities, startups, snacks (lol), Airbnbs, memes, and feet. There was also a few products that let you deepfake yourself into pop culture scenes, including the Star Wars galaxy or the Marvel universe.

This X Does Not Exist
HIGHLIGHT 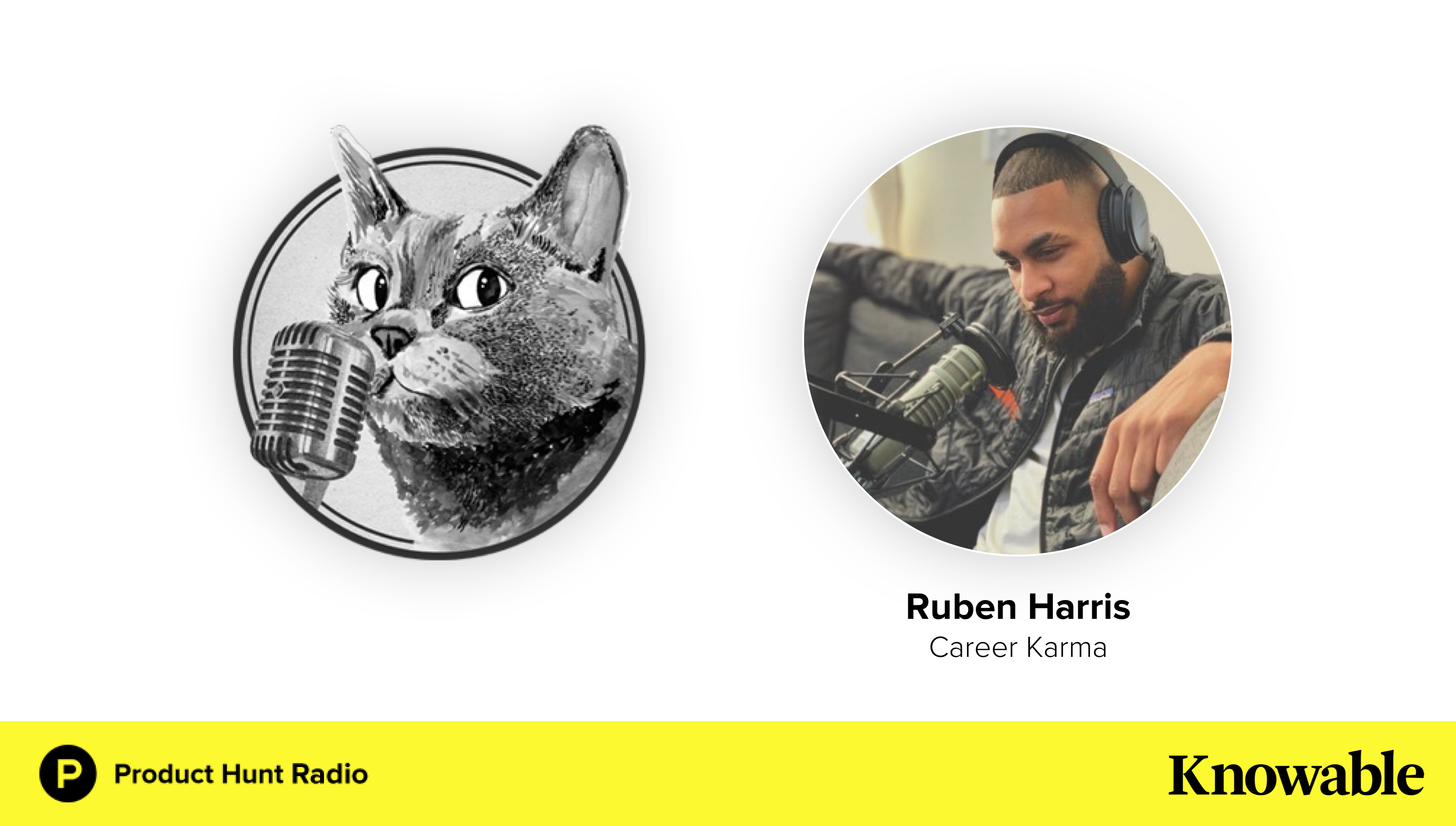 In this week’s edition of Product Hunt Radio, we talked to Career Karma founder and CEO Ruben Harris about how to future-proof your career.

We’ll be back next week with another special guest, so be sure to subscribe on Apple Podcasts, Google Podcasts, Spotify, Breaker, Overcast, or wherever you listen to your favorite podcasts. 😸

Yesterday's Top Products
30 seconds of code
Short code snippets for all your development needs
Clew
Universal search bar for all your cloud apps.
Freelancer Directory
Find freelance jobs and collaborators with no fees. Forever.
NordVPN
With NordVPN, all the data you send and receive online travels through an encrypted tunnel. This way, no one can get their hands on your private information.
Promoted
Bullet
A new year, a new todo app - based on bullet journaling.
RandomPizza
The cheesy subscription that randomly delivers you pizza.
Show More
💌 Join 500K+ subscribers who get the best of tech every day right to their inbox
Enjoying this newsletter?
PREVIOUS NEWSLETTERS
Cannabis drama at CES
January 06, 2020
Acquired by Snap 👻
January 05, 2020
RIP alcohol
January 02, 2020
“Please leave us a review in iTunes”
January 01, 2020
NEW STORIES
How to build for culture after fundraising
Maker Stories . 8 min read
Reimagining search by Sridhar Ramaswamy
News . 6 min read
Zoom Apps for Makers
How To . 5 min read
Product Hunt, meet Hyper
Maker Stories . 5 min read
FAQTermsPrivacy & Cookies
NewsletterAdvertise
© 2021 - Product Hunt