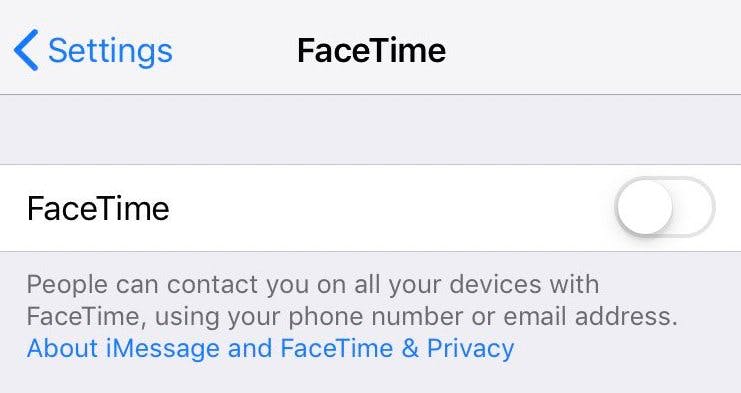 Apple rang in the holiday with a FaceTime bug that lets you eavesdrop on the person you're calling before they pick up. It was also reported that dismissing an incoming FaceTime call by pressing the power or volume button gives the caller a live video of the recipient's front-facing camera.

As of last night, Apple disabled Group FaceTime and said the glitch will be fixed in a software update later this week. Until then, it's probably a good idea to disable FaceTime in your phone's settings.

Obviously, the bug is a pretty serious issue for any iOS user and comes at a bad time for Apple. Apple has been very public about its pro-privacy stance in recent months — especially as its rivals (like Facebook) suffered from data breaches. For example, this tweet — sent hours before the bug was reported — hasn’t aged well:

The company is also expected to report its Q1 earnings today after cutting its revenue forecast (for the first time in 16 years!) earlier this month.

🚀 1.1.1.1. by Cloudflare is a privacy-first consumer DNS service that will speed up your internet

🔑 Cryptee is an encrypted home for your private photos, files, docs, and notes

💪 Outline (made my Alphabet) lets you build your own VPN

🔐 Google Titan is a 2FA device that protects you against hackers

"TLDR; it's my secret weapon for staying on top of the ecommerce/DTC industry."

Spoiler: This newsletter will tell you the future of commerce about 6 months before it happens. 🔮

Yesterday's Top Products
NightOwl
Easily toggle your Macs Dark Mode with this menubar app.
SpeakPulse
Become a better speaker 🗣️
Sunrise KPI
Automated reports on all your key metrics in one place.
Morning Brew
There's a reason 875,000 people start their day with Morning Brew — the daily email that delivers the latest news from Wall Street to Silicon Valley. Business news doesn't have to be dry and dense...make your mornings more enjoyable, for free. Sign up here.
Promoted
IMStick
An all-in-one mount for your phone
AnyFit
Workouts for anyone, anywhere
Show More
💌 Join 500K+ subscribers who get the best of tech every day right to their inbox
Enjoying this newsletter?
Previous newsletters
Predictions! 2019 breakout startups 🔮
January 27, 2019
Amazon vs. Postmates
January 24, 2019
$5M for your dogs
January 23, 2019
Latest Stories
What it feels like when you've found product-market fit
18 min read
The unicorn startup with zero revenue?
7 min read
“90% of the game is not giving up”
10 min read
When Content Becomes Your King
16 min read
FAQTermsPrivacy & Cookies
NewsletterAdvertise
© 2022 - Product Hunt