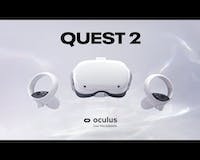 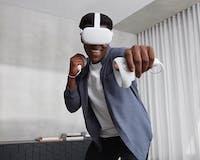 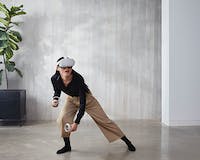 The Oculus Quest is a virtual reality headset created by Oculus VR, a division of Facebook Inc. The device is fully standalone, features two, six degrees of freedom controllers, and runs on a Qualcomm Snapdragon 835 system on chip.
BangBuck
Ad
Every deal on top rated tools to launch your business online
Have you tried Oculus Quest?
Help others know if Oculus Quest is the product for them by leaving a review. What can Oculus Quest do better? What do you like about it?
Leave a review