A first for Google

The competition between Apple and Google is giving us whiplash this week.

Yesterday Google launched Google for Creators, a new website that recommends guides, tutorials, and product information for creators based on their goals, niches, and experience level. It’s another product on the increasingly heavy toolbelt for creators.

That followed Google’s drop of the Google Pixel 6 and Pixel 6 Pro earlier this week. The phone ships with Android 12. We talked about the new OS back in May which includes Material You — Android’s new design system and the biggest design change in its history. The OS also publically launched for Pixels 3 and up and will be made more broadly available to Samsung Galaxy phones et al. later this year.

Other than Material You, notable features of the new Pixels are Google’s Tensor chip, the camera, housing, and the price.

If you hated the notch on the MacBook Pro, maybe you’ll like the full protruding bar that spans the back width of the phone. Or you'll hate that too, but maybe you’ll think the camera updates are worth it. The new bar holds a new sensor which outputs 12.5-megapixel images and enables it to capture 150 percent more light than the previous model. There’s also a 4x telephoto camera on the Pro and updates to the front-facing cameras. A more fun update is new editing features like a “magic eraser” tool.

The phone’s price tags at $599 and $899 are one of the biggest conversation topics, as this marks Google’s entry into competing with more premium smartphones like iPhone 13 and Samsung Galaxy S21.

Over all this big tech hype?

Get creative with Google
RENT A SMART HOME 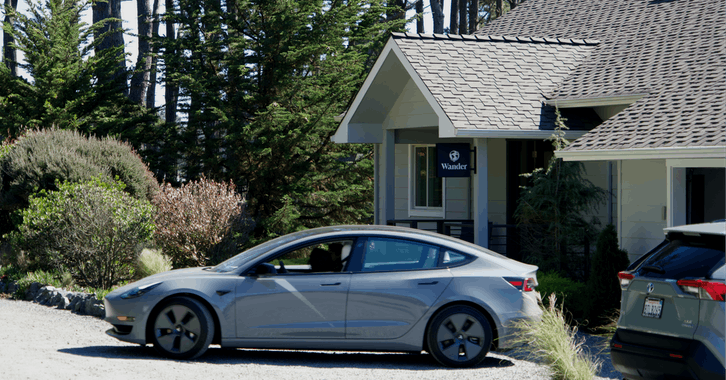 Looking for something smarter than your standard Airbnb?

Wander is a new network of smart homes in inspiring places. The startup, which just closed a $7M fundraise, owns every home on the platform, giving it control over quality and technology versus a company like Airbnb. Guests can use the app to do anything from unlock doors to set the temperature, and even access the Tesla in the garage.

Maker Kyle Tibbets, who is ex-HotelsTonight and formerly headed up marketing at Fast, is taking your questions.

Wander over
Sponsored By

Hey startups, wouldn’t it be nice to launch all of your marketing initiatives? Most marketing teams are handcuffed with bandwidth and struggle to hit growth targets as a result.

Through MarketerHire, you can: Hire pre-vetted marketing experts hourly, part-time or full-time. Find the right marketer within your budget. Scale or downsize your team as needed. Start with a no-risk trial and cancel anytime.

Don’t ever let bandwidth hold you back again.

vscode.dev
Bringing VS Code to the browser

Assembly 2.0
Automate all workflows in one place

Last year, Twilio bought Segment for $3.2B and yesterday it launched its new product built on top of Segment — Twilio Engage.

The growth automation platform enables teams to build hyper-personalized, end-to-end omnichannel marketing campaigns. Yes, that’s a lot of buzzwords, but the demo simplifies it down for non-marketing folk.

Imagine a running app using Twilio to start a campaign that begins when the runner hits 100 miles. Twilio users can trigger an SMS text with congrats, and that text can include a coupon if the user is a customer, or re-target the runner if they’re not.

Engage your customers
💌 Join 500K+ subscribers who get the best of tech every day right to their inbox
Enjoying this newsletter?
Previous newsletters
ERROR! #VALUE!
October 19, 2021
NEW (again!) from Apple
October 18, 2021
Curating the internet
October 17, 2021
Latest Stories
Where do we go from Twitter?
3 min read
Notion AI is in Alpha
2 min read