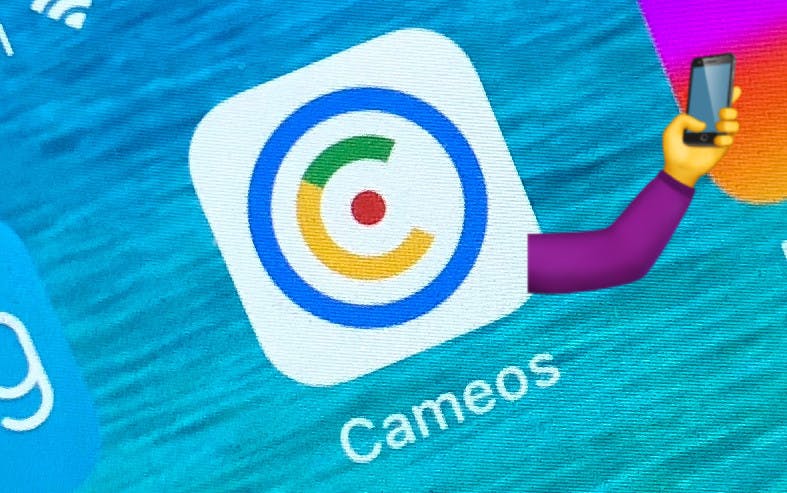 Their new experimental app – Cameos – lets you ask celebrities questions and watch their video responses. It only launched on iOS... despite the fact that Google built the entire Android ecosystem.

Celebrity answers will be included in Google search results so you can see and hear the results of your query from your favorite Kardashian.

It seems like everybody is jumping into Q&A features. Instagram just launched a Questions widget embeddable directly into Stories. Twitch co-founder Justin Kan launched Whale two years ago, which let anybody ask tech influencers for advice over video. TBH, the popular app among Gen Z, was acquired by Facebook just nine months after it launched. And rapper/entrepreneur Chamillionaire even launched an app for video Q&A.

Of course Q&A on the internet isn’t new. You might remember exchanging responses anonymously on Formspring. Some questions were harmless. Others were toxic. Q&A platforms can go viral and fall as quickly as they came.

We'll have to see if Cameos sticks around. Do you have questions for any specific celebs? Share your thoughts in the discussion. 🤗
New Google App
HIGHLIGHT

A powerhouse team just raised $5.5M from General Catalyst, Lightspeed, and Kleiner Perkins to rebuild the entire music streaming industry on the blockchain.

Audius brings artists, listeners, music discovery algorithms together to get paid transparently and instantly. One of the founders is even a famous DJ himself. 😮