We weren’t the only ones streaming the party yesterday. Apple held its latest event — the one that annually triggers iOS users to stop and think, “Hm, do I need an upgrade?”

Mobile gamers, in particular, could be tempted by the new iPhone 13 Pro and Pro Max, which got the new A15 Bionic chip. Apple said it’s the "fastest CPU in any smartphone" with a 6-core CPU (one more than the new non-Pro models). Because of the updates, the Pro models allow for 50% faster graphics and can last about 1.5-2.5 hours longer than the iPhone 12 Pro and Max models, respectively.

Apple unveiling a new iPhone with a better camera is a free space on your bingo card every year. With this update, Pro models got a bigger, 77 mm telephoto lens (these help you to take photos of subjects that are farther away) with night mode and 3x optical zoom (up from 2x-2.5x). Users also get new wide and ultrawide cameras, autofocus, and a new mode for taking close-ups up to 2cm away.

The standard iPhone 13 and Mini models also feature the A15 Bionic chip. The dual camera got updates as well, but Apple is mostly playing up its new Cinematic Mode across all models. It’s basically portrait mode but for video.

Apple Watch Series 7 also got some upgrades, most notably a wider screen and 20% larger display.

The biggest star of the show though was probably the iPad — specifically the new iPad Mini. It got the A15 Bionic chip and lost its home button — meaning it now looks like a mini iPad Air complete with a USB-C port and Touch ID on the power button. The iPad and iPad Mini also got ultrawide cameras with Center Stage. The feature uses machine learning to adjust the front-facing camera during FaceTime video calls to keep you in frame.

We’re looking forward to hearing what you’re most excited about and what you’re disappointed by — you too, Android users.

Need it or leave it?
AMA WITH A SENIOR WRITER AT GUMROAD 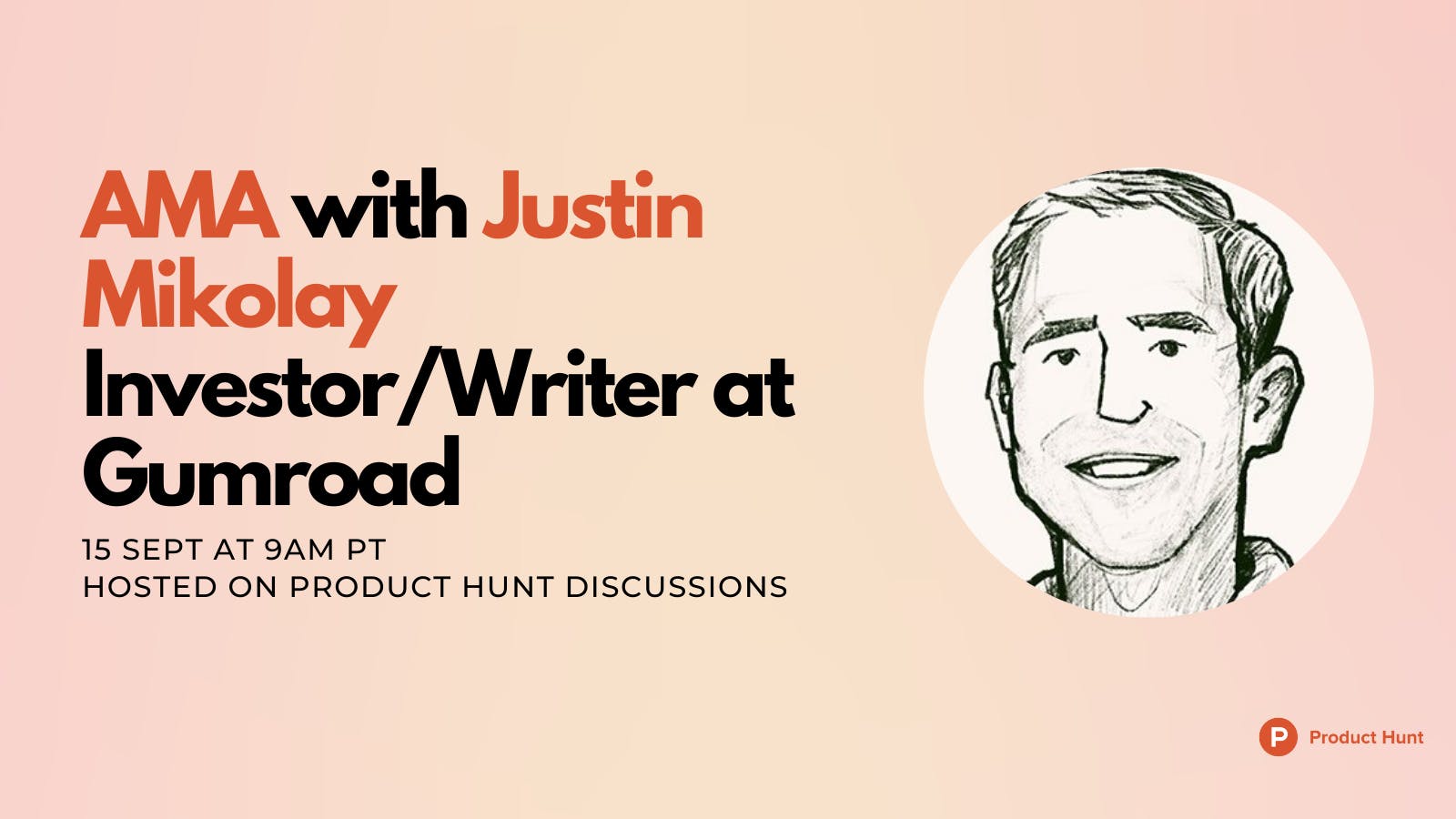 Justin Mikolay is a Senior Writer at Gumroad, host of the Gumroad Podcast, and Instructor of the 10x Creator Course. His journey brought him from the U.S. Navy to founder to full-time writer and creator. He's talking about his experience TODAY on Product Hunt. Ask him anything!
Ask Justin
Sponsored By

Companies can have treasure troves of data, but that data is worthless if they don’t know how to analyze it. That’s why Mixpanel is partnering with Product School, the leader in Product Management training, to bring you a free online Products Analytics Certification course so anyone can master the “ins and outs” of product analytics. This self-paced course will teach you how to build behavioral metrics from scratch and unpack complex topics like acquisition metrics, retention metrics, and product experimentation.

Tiny Acquisitions
Where the best tiny projects are acquired

EverAfter
Build customer hubs for better onboarding and retention
The New Website Grader
Grade your website in seconds. Then improve it for free.
Promoted
Custom T-shirts by Sticker Mule
Print your design on a t-shirt

Maker Fellowship
Get paid to ship your next side project

Twitter Header Studio
Easily create your Twitter header in no time
Show more
🐛🔨
"Somebody on the team records a bug with the Replay Browser and shares the replay url with the team. From there, developers jump in and add print statements. The logs appear in the Console immediately so you don’t need to refresh and reproduce a thing."
To the Replay launch
💌 Join 500K+ subscribers who get the best of tech every day right to their inbox
Enjoying this newsletter?
Previous newsletters
😺 Come (virtually) party with Product Hunt today!
September 13, 2021