How do you disrupt the oldest form of commerce?

Bartering is the comeback kid of twenty-first-century commerce, even without too much help from technology beyond the internet and its forums.

The continuous growth of sharing economy startups has helped re-familiarize people with the idea of not buying new stuff, but trading without money is still largely left to Craigslist, Facebook Groups, Nextdoor comments, and the desert city of Burning Man.

Now that social distancing and tough times have given people extra incentive to swop stuff, there could be enough demand for better tech.

Enter Swop.it, a new app for exchanging items based on location and interest. Is an app dedicated to bartering enough to take people away from the familiarity of apps like Facebook?

Here’s what makes Swop.it interesting. Along with baked-in shipping, audio, and video calls, Swop.it can create a chain of exchanges where the initiator doesn’t have to negotiate along the way.

“We engineered a mechanism in which [the] user chooses desired item, but if he doesn't have a same-value trade for it or interests simply don't match — we find people with goods that can be placed in-between to complete the deal,” maker Julie Bonbina shared.

We’ve all read those articles — the ones where someone swops a bobby pin for bigger and bigger items until they end up with a house. They’re fun, but gimmicky too. Swop.it doesn’t seem to be too interested in gimmicks. Bonbina explained that the service is designed for individuals, not resellers. Also...

​​"The morale [of those stories] is the exact reason why we engineered our product in a way where not only one person can get something valuable from the deal and enjoy it, but many."

See what you can swop for
😎 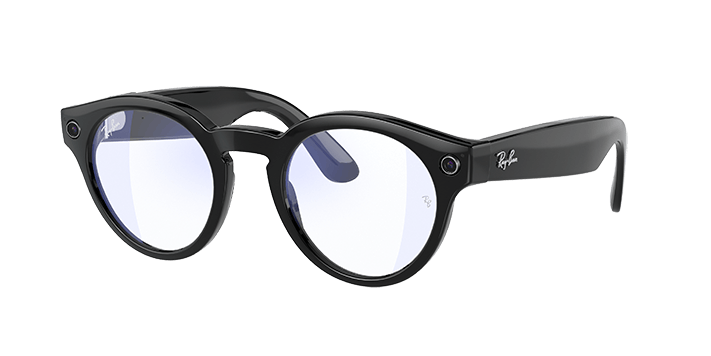 It's still not Google Glass 😿, but Facebook and Ray-Ban teamed up to launch Ray-Ban Stories. The smart glasses feel eerily familiar — they include a pair of cameras to take photos and videos, a mic and speaker, and a voice assistant.
Check them out
How To
A makers guide in 7 quotes
On creating good ideas, distribution, and value for your users
Read more (3min read)
Sponsored By

Video calls are a must-have feature for popular products like virtual offices, fitness apps, edtech, and more. Embedded calls let your users connect without leaving your app. But building WebRTC — the technology for in-app, no download calls — is challenging.

That’s why we built Daily: our user-friendly APIs let you add calls to your app in minutes. With two lines of code, you can embed fully working calls, with recording and more. Or quickly build custom video and audio experiences with our low-level APIs. We take care of video, so you can focus on launching the next great product.

Tandem 2.0
Unlock serendipity with the most powerful virtual office

Wish Wall
What do you want to do before you die?

ICYMI, Ye (aka Kanye West) launched Stem Player, a hardware that lets you isolate stems (vocals, base, drums) from songs, and remix them and add effects.

If you don’t want to drop $200 on Stem Player, you can try out this new tool called AudioStrip that lets you isolate vocals from any song on YouTube.

Once you have your single, grab an imaginative, AI-generated song title from Tunes, launched yesterday by makers Suhail Doshi, Rosco Kalis, and Merwane Drai.

What's Ryan Hoover’s song?
💌 Join 500K+ subscribers who get the best of tech every day right to their inbox
Enjoying this newsletter?
Previous newsletters
The leaky pipeline in coding
September 08, 2021
Crypto for 1B more people
September 07, 2021
Smile 📸 😬
September 06, 2021
Latest Stories
Where do we go from Twitter?
3 min read
Notion AI is in Alpha
2 min read