Products
Topics
Browse products through topics
Upcoming Products
See what Makers are currently building
Collections
Products curated by the community
Time Travel
Most loved products by the community
Community
Discussions
Ask questions, find support and connect
Stories
Tech news, interviews and tips from Makers
Makers Grant
Giving back and supporting our community
Tools
Founder Club
Amazing deals to kickstart your startup
Ship
The toolkit made for Makers
Jobs
About
About Us
Newsletter
Ambassadors
Apps
FAQs
Advertise
Post a Job
Legal
How to post a product?

Yesterday this stealth startup – backed by Y Combinator, Spark Capital, Amazon Alexa Fund, and others – announced $140M (!!!) in funding to build next gen Google Glass. But unlike Google's dorky headgear, these smart glasses look like something you'd find at Warby Parker. Words won't do it justice. Watch the video.

Some initial reactions from the Product Hunt community:

“Looks like a scene from a Kingsmen movie” — Kaivalya

“Feels like this can deliver on the promise of smart watches to provide less disruptive notifications.” — Kris

“I AM SO EXCITED TO ORDER MINE” — Skylar

While the Focals look like Warby's, they're not priced like Warby's. They're available for pre-order for a whopping $999, a heavy price tag for this first generation model which ships sometime next year. But new tech like this always starts expensive before it becomes affordable for the mainstream, and fortunately there's competition for your eyes:

• Apple is rumored to be building smart glasses.

• The hyped Florida-based startup recently launched the Magic Leap One.

And many others are competing in this space, hopeful to become the next big platform, the same way the iPhone changed the world when it was introduced by Steve Jobs in 2007. Take a look (pun intended... sorry) at the Focals and feel free to share your thoughts in the discussion.
See the Focals
HIGHLIGHT 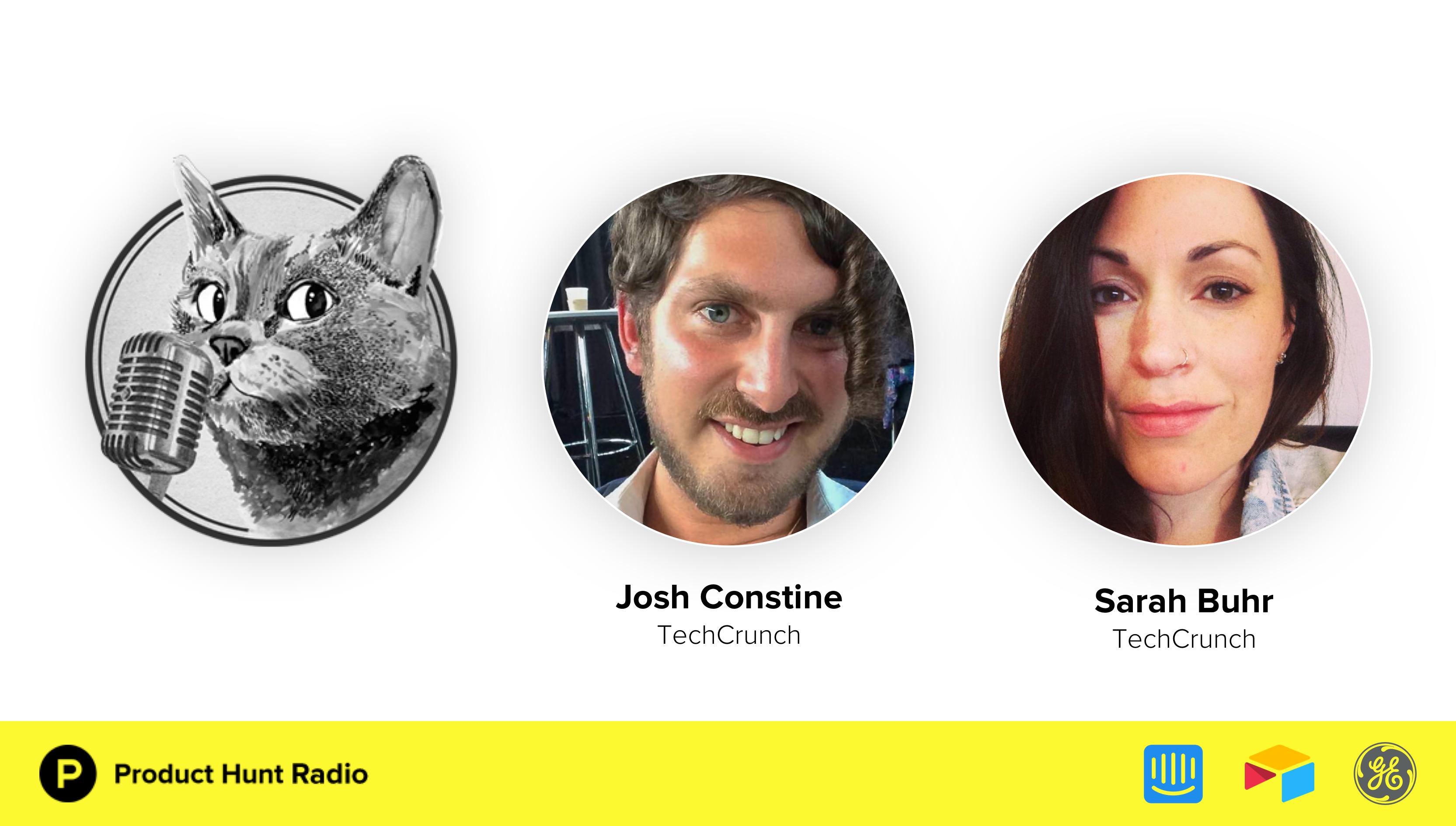 We talk about some of their favorite products including a robot that makes burgers, a time-sucking app for meme lovers, and a virtual assistant that can do things for you when you run out of time (because you were browsing memes). Listen and subscribe via your favorite podcast app.

Also, big thanks to our sponsors, Airtable, GE Ventures, Intercom and Stripe for their support. 😸
Yesterday's Top Products
Livestorm Webinars
Better webinar software
Mindstamp
Create engaging interactive videos in seconds ⚡️
Paths by Zapier
Automate 1,300+ apps, now with conditional logic
The Hub
The Hub is a community of 35,000 creators – photographers, models and videographers. Brands and agencies use our platform to build their influencer roster and to create top quality content on demand.
Promoted
Focals by North
Glasses with a holographic display only you can see 👓📲🤓
Messenger 4
A simpler way to use Facebook Messenger
Show More
💌 Join 500K+ subscribers who get the best of tech every day right to their inbox
Enjoying this newsletter?
PREVIOUS NEWSLETTERS
10 awesome things for your desk 🖥
October 29, 2018
Epic founder stories 🤑📈
October 22, 2018
Must-download apps for your Mac 🍎
October 21, 2018
We made a mistake.
October 18, 2018
NEW STORIES
A makers guide in 7 quotes
How To . 3 min read
How to really take crypto mainstream — by MoonPay's Ivan Soto-Wright
Maker Stories . 4 min read
How to ship faster with design sprints and no-code
How To . 7 min read
How people discover new products
How To . 7 min read
FAQTermsPrivacy & Cookies
NewsletterAdvertise
© 2021 - Product Hunt