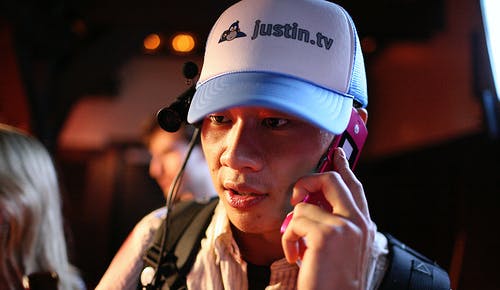 This isn't Kan's first startup: he launched and sold live-streaming and gaming startup Twitch to Amazon for a cool billion dollars in 2014. Kan's been building for years as part of the first class of famed startup accelerator Y Combinator with Reddit's Alexis Ohanian, late internet-activist Aaron Swartz, and current YC President Sam Altman.

Many law firms are notoriously inefficient, charging clients by the hour to complete tasks that could easily be automated. In addition, most firms pay out any annual profits to shareholders, leaving nothing behind to invest in software or internal tools. "For example, one of its apps automatically turns startup funding documents into Excel cap tables," from a recent TechCrunch article.

Most legaltech startups are focused on selling software to existing law firms: Klarity just launched out of YC to help lawyers analyze contracts using AI, and Ravel lets lawyers compare firms, quickly search millions of case files and decisions, and even predict how judges will rule. 😳

Atrium isn't selling software. They're launching a completely new law firm. Only time will tell if they'll be able to beat the big firms at their own game.
Atrium 👔
Instagram Night Mode has arrived (unofficially). Don't tell Zuck. 🤐
PROMOTED
9330
Hotjar
See how your visitors are really using your website. Hotjar is an all in one analytics and feedback tool which helps you find your hottest opportunities for growth today.
FREE TRIAL
Top Hunts
Show More
Get the best new products in your inbox, daily.
Previous newsletters
September 10, 2018
This #1 Mac app has stolen your data
September 07, 2018
Sonos is taking on Amazon, Apple, and Google 🔈
September 06, 2018
Delete yourself from the internet