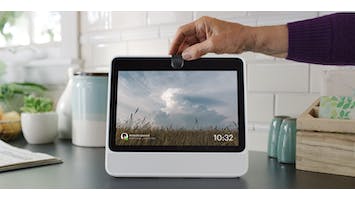 Yes, according to Facebook, their Facebook Portal device is safe to use as all video calls are encrypted. All Portal video calls made through Whatsapp are end-to-end encrypted, and all video calls made through Facebook Messenger are encrypted in transit. Furthermore, Facebook says that it does not listen to, view, record, or keep the contents of any video or audio calls made on your Facebook Portal device. It seems that in this way at least, Facebook is listening to consumer concerns over the many privacy and ethical issues regarding what Facebook does with its users' data. However, many are suggesting caution as collecting data on its users is simply what Facebook does.