What would social media look like if was created by creators? We looked at that question with the latest Clash launch in October, but we’re excited to dive back in after the debut of HiHo.

“HiHo is an idea I became obsessed with immediately after selling my prior companies, JibJab (in 2018) and StoryBots (to Netflix in 2019). People were more comfortable than ever with face-forward video for communication, however, the world’s largest public discussion forums were exclusively text-based…” wrote Gregg Spiridellis in yesterday’s launch.

To add more context, Spiridellis co-founded JibJab with his brother, Evan, back in 1999. After achieving video virality in 2004, the brothers started collecting achievements like ABC’s People of the Year. Maybe it's been a while since you made a JibJab but despite being one of the first video creation tools on the internet, the platform persists in a crowded market today. It has 1.4 million paid subscribers and only 25 full-time staff + freelancers. The company was acquired in 2018.

Then only months later, the founding brothers’ animated kids show, StoryBots, was acquired by Netflix. The show had been introduced by the Spiridellis brothers on YouTube in 2012 and five years later, it started winning Emmys. The founders were inspired by Sesame Street, but wanted to teach modern-day lessons (e.g. “What is DNA”) to today’s device-centric children. They found success with their clever animated bots.

For the new endeavor, HiHo, Gregg Spiridellis is joined by co-founders Mike Bracco (formerly on the Product team at JibJab) and Gustavo Barcena (an ex-JibJab and Facebook engineer).

Aside from the founders, what sets HiHo apart? The app approaches social through TikTok-like video but is built for asynchronous conversations, like Twitter and Reddit. Users can thread their videos, reply to others with video on their own time, and download stitched conversations to share. There are also public forums, private DMs, and groups where you can meet people with similar interests.

The founders are also focused on building a “more civil social experience” that promotes kindness, positivity, and authenticity. “... We’ve made a number of important decisions around what to leave OUT of the product: like buttons, view counts, camera filters, and predatory algorithms,” wrote Spiridellis.

The question remains: Can async video take off the same way written forums have? (Now seems a good time to mention that Reddit, announced it filed its confidential plans for IPO yesterday.) 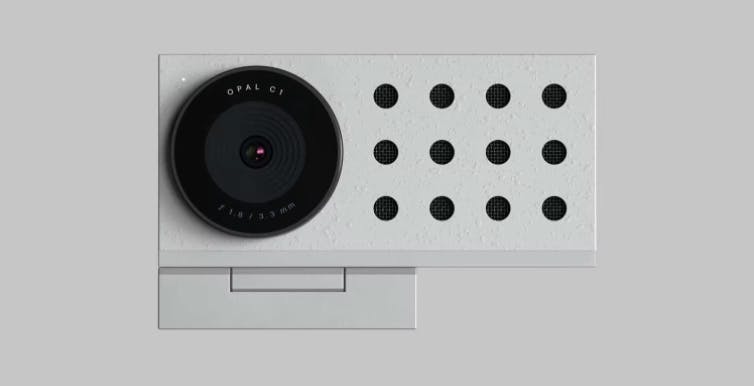 This professional webcam is getting some rave reviews from the community. Nick Abouzeid, who hunted Opal, wrote:

Look better on video
Sponsored By

Traditional coding is usually reliable but always time-consuming and expensive. Minimalistic coding speeds up development several times over while reducing costs. Processica Agency implements fast, extendable, customizable solutions powered by serverless and cutting-edge Cloud and coding technologies. We are technological enough to expand no-code tools with extra plugins, elements, and styles, enhancing the result with a minimum of code where necessary.

Around 3.0
Video calls with music and games for your next happy hour
Tella for Chrome
Record awesome videos, from anywhere in Chrome
Trivia Game Center
Add fun to your work with team games right in your browser
ZeroBlur
Blur sensitive information and share screen with confidence
Carrot
All your shopping, organized like magic

Pilot
Payroll, benefits, and compliance for remote teams
Albert
Cybersecurity awareness on Slack for your team