The leaky pipeline in coding

“The lack of women in the tech industry has been referred to as a leaky pipeline problem. From high school to college to early careers — women are dropping out,” maker Dora Palfi explained during a talk she gave online at the tech conference UPPSTART last year.

So Palfi did research on where she could have the greatest impact. She found that up until ages 11 and 12, girls and boys have a similar interest in technology and science before they start to drop off (at age 11, 86% of girls express interest in such topics, but by age 16, only 36% do).

Taking a user-centered design approach, Palfi and her co-founders worked with girls in this age group to understand what they like, and then they built imagi.

imagi is an app that helps kids learn to code with games and social experiences on their phones. The company is targeting 300 million pre-teen girls worldwide with the goal of encouraging them to start coding but boys, nonbinary kids, and adults can also enjoy the app.

imagi’s mobile-first approach to learning how to code is also of note, too. Phone use is a hard line to tow for parents, but simply put, more pre-teen kids have phones now. Global usage varies but to throw a couple of stats at you, estimates show more than half of kids in the US have a phone by age 11. In South Korea, the number is 72% by age 11 or 12. imagi may just be hitting where it matters most.

“Our imagi iOS app has recently gone through a major makeover, and now introduces Python through a visual and gamified learning journey, where colorful pixel art can be both created and shared.”

On the flip side, yesterday a second iteration of Tappity launched, too. Tappity is a library of hundreds of interactive science videos to inspire kids age 4-10. Among it’s updates, Tappity’s makers have released a web version, explaining:

“Realizing not all kids have Apple devices, we’re excited to make Tappity available to the other millions of kids out there.”

"But what about my baby, you say?" The community’s got you covered there too with the Computer Engineering for Babies book.

Fix the leaky pipe
WHO GOT THE MAKER GRANTS? 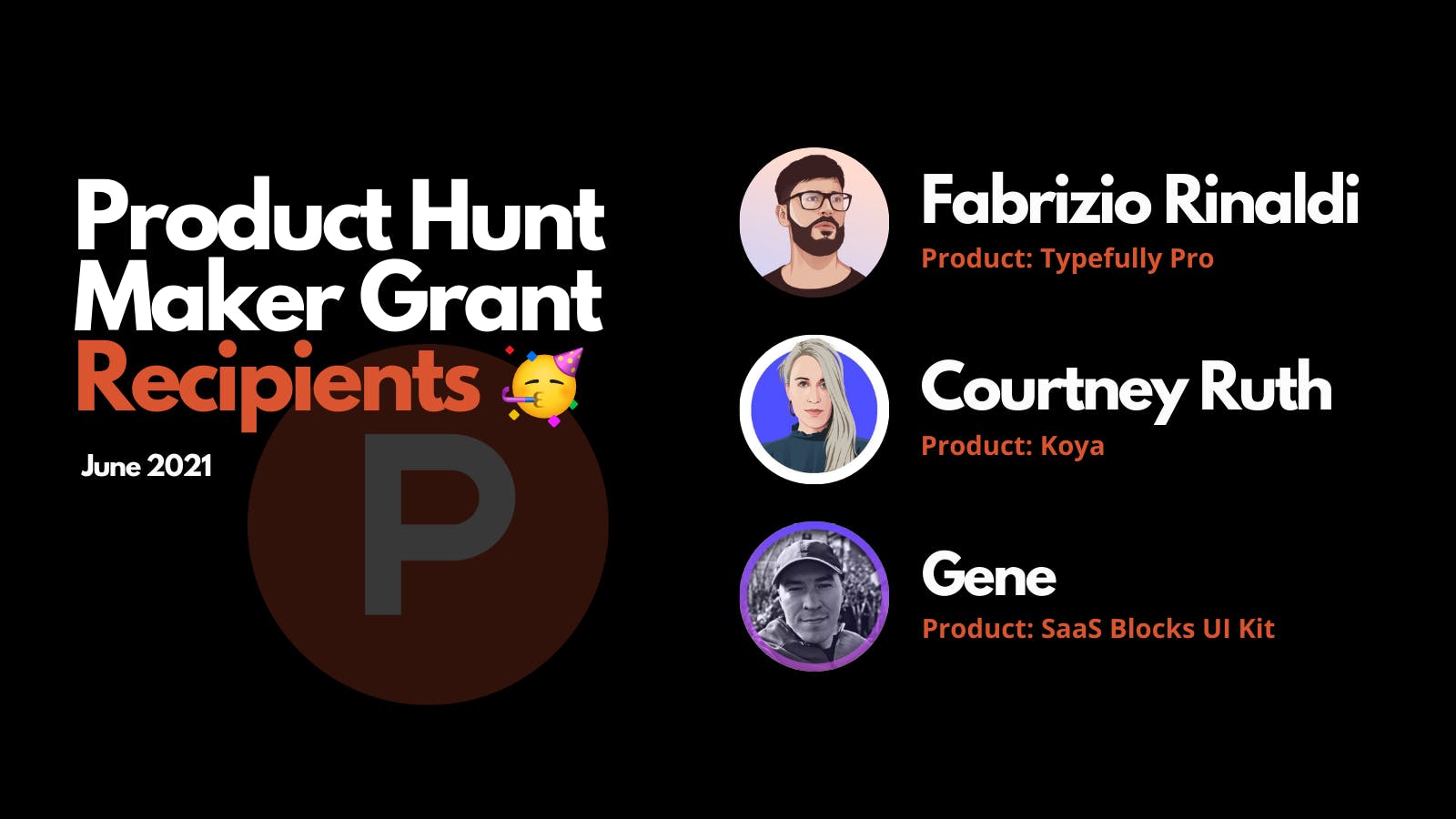 After a summer siesta, we’ve got a Maker Grant announcement to catch up on! Congrats to our June recipients! Stay tuned for updates about these makers and their products.

Opinions
How to really take crypto mainstream — by MoonPay's Ivan Soto-Wright
I don’t have a problem with the Bitcoin laser eyes on Twitter, but it often feels like we’re celebrating crypto before we’ve done the hard work that’s needed to bring this technology mainstream.
Read more (4min read)
Sponsored By

PingTag is a QR tag or sticker that you add to your valuables. It lets people scan and contact you if you lose your item (or step away from it) without sharing your personal information.

Maker Amir Khella explained: “The original idea for PingTag was born when my car got towed because I accidentally blocked someone's driveway when I parked it… That incident made me realize that there was no way for someone to contact me if I accidentally blocked them... so I created PingTag to help people reach a car owner in similar situations.”

Put a QR code on it
💌 Join 500K+ subscribers who get the best of tech every day right to their inbox
Enjoying this newsletter?
Previous newsletters
Crypto for 1B more people
September 07, 2021
Smile 📸 😬
September 06, 2021
What $10k can do
September 05, 2021
Latest Stories
Where do we go from Twitter?
3 min read
Notion AI is in Alpha
2 min read