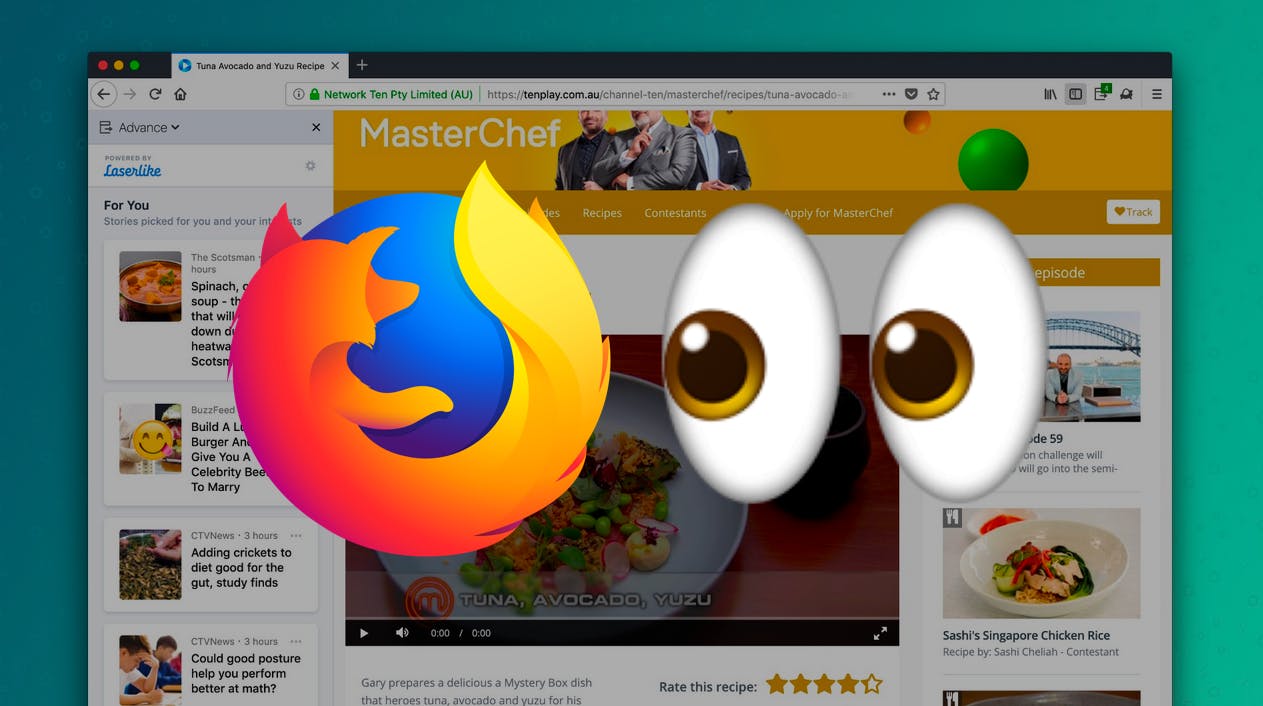 Most recommendation engines generalize their recommendations based on what's popular in your country or state. Firefox Advance actually tracks which articles you specifically read and actually finish, so it can recommend the best content for you, not the whole world.

Mozilla has already been moving towards content curation: last year, they acquired Pocket, which made it super simple to save and manage a reading list of articles on all of your devices. As part of Mozilla's new Firefox Quantum browser, Pocket also now surfaces "Trending Articles" based on their proprietary dataset in every new tab.

These recommended articles create another revenue source for the free browser: unsurprisingly, Sponsored Articles (aka ads) appeared earlier this summer. While users could turn them off anytime in the settings menu, it's likely only a small percentage will know where to look.

The team behind Firefox is openly taking on Facebook, both with this launch at replacing the FB News Feed and their Mozilla Facebook Container, which limits FB's ability to track your browsing history online.

Privacy has become a major concern for many. Would you use this? Share your thoughts in the discussion. 📰🤗
New from Firefox
HIGHLIGHT

Waterproof, underwater drones are here, coming to a pool near you. 🚁🚰