Interest in direct-to-consumer genetic testing is making a comeback.

A year ago, sales of DNA testing kits were down. 23andMe and Ancestry had to cut jobs because of the pandemic, and then Ancestry abandoned its testing kit business altogether.

Now things are looking up. This month 23andMe, which went public in June via a Richard Branson-founded SPAC, reported a 23% Q3 revenue increase from the previous year. Founder Anne Wojcicki had told Bloomberg a month prior, “It’s kind of an ideal time for us.”

The company has been moving to leverage more of its DNA data following an explosion in telehealth growth and renewed interest in genomics because of the coronavirus. It’s now building itself as a therapeutics company, has licensed its first drug, and has used its data to study how genomics contributes to how individuals react to Covid.

A startup in this space is leveling up too. Genomelink, founded in 2017, has just launched its 2.0 iteration today on Product Hunt following its S21 Y Combinator stint.

Genomelink allows users to re-use the data they’ve received from companies like 23andMe and Ancestry to “unlock hundreds of apps” that go deeper into what your DNA can reveal. The Japan-based founders have combined experience working in bio-info, medical platforms, and genetic testing.

Co-founder Tomohiro Takano explained that he was motivated to start Genomelink when he saw that cancer families were paying almost $2k for testing never-to-be-used again.

“We believe in the future, billions of people will have access to their DNA data. When that happens, imagine: [the place] where you will store DNA data and how you [will] connect data [to an] app ecosystem. That will be Genomelink in a nutshell,” he wrote.

The founders are looking for feedback from the Product Hunt community and have offered paid features in exchange for your thoughts. Get in on it by clicking through below.

Dive into your DNA
FOR SPACE LOVERS 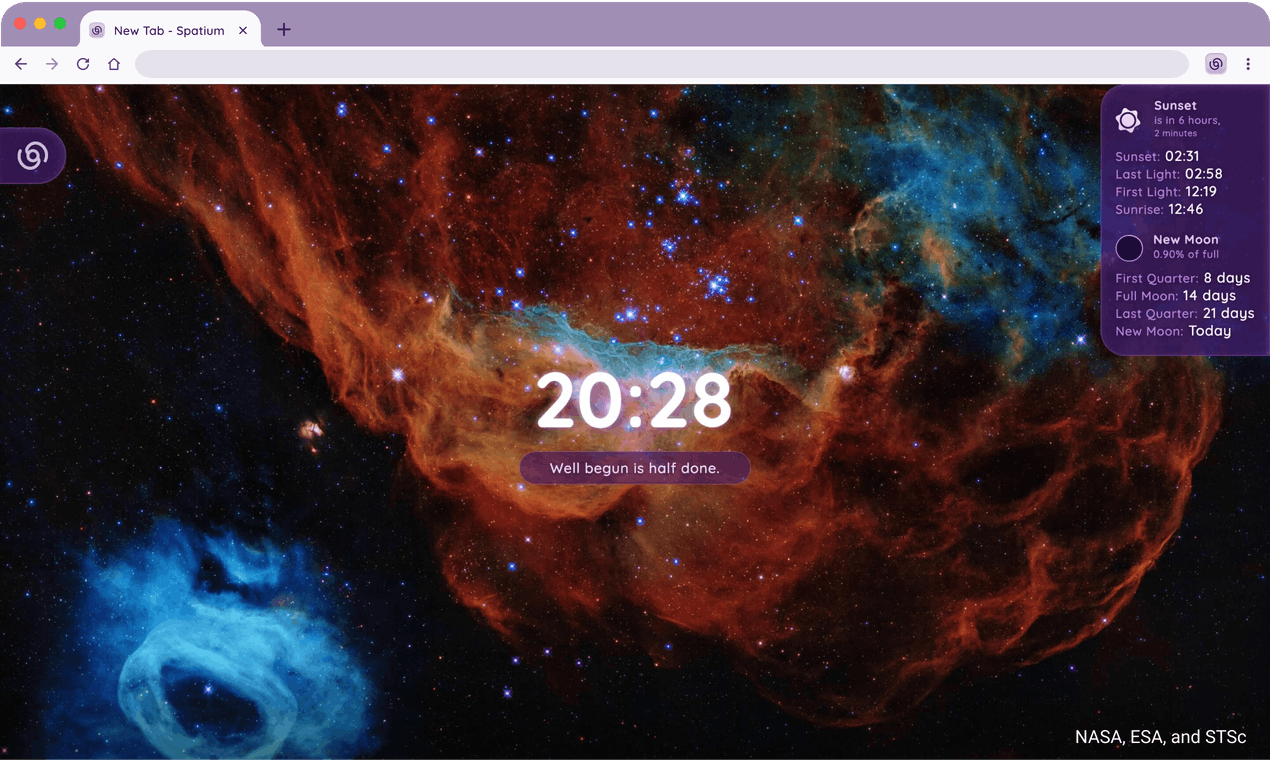 Spatium is a new Chrome Extension for science geeks and astronomers. It serves up beautiful and fascinating images in your browser tab, sun and moon widgets, and inspirations from those in the space space.
Out of this world
Sponsored By

Questionwave
The easiest way to take questions from your audience

Synth
Build your second brain for everything audio
Jumpskip for Netflix
Watch movies on Netflix without the jumpscares
worthy.domains
Find the domain worthy of your next big thing.
INSTAD.IO
Automagically converts vector images into sketchy style
Show more
💌 Join 500K+ subscribers who get the best of tech every day right to their inbox
Enjoying this newsletter?
Previous newsletters
Safe For Work
August 19, 2021
The Stripe mafia
August 18, 2021
The next #1 browser?
August 17, 2021
Latest Stories
Why ChatGPT is blowing up the web
2 min read

Where do we go from Twitter?
3 min read
Notion AI is in Alpha
2 min read