Products
Topics
Browse products through topics
Upcoming products
See what Makers are currently building
Collections
Products curated by the community
Time travel
Most loved products by the community
Newsletter
The best of Product Hunt, everyday
Web3
Keep up to date with the latest in web3
Community
Discussions
Ask questions, find support and connect
Stories
Tech news, interviews and tips from Makers
Events
Find the best tech events around the world
Changelog
Release notes from the Product Hunt team
Office hours
Give feedback directly to our product team
Tools
Founder Club
Amazing deals to kickstart your startup
Ship
The toolkit made for Makers
Launch Guide
Checklists and pro tips for launching
Jobs
About
About us
Ambassadors
Careers
Apps
FAQs
Advertise
Post a job
Legal 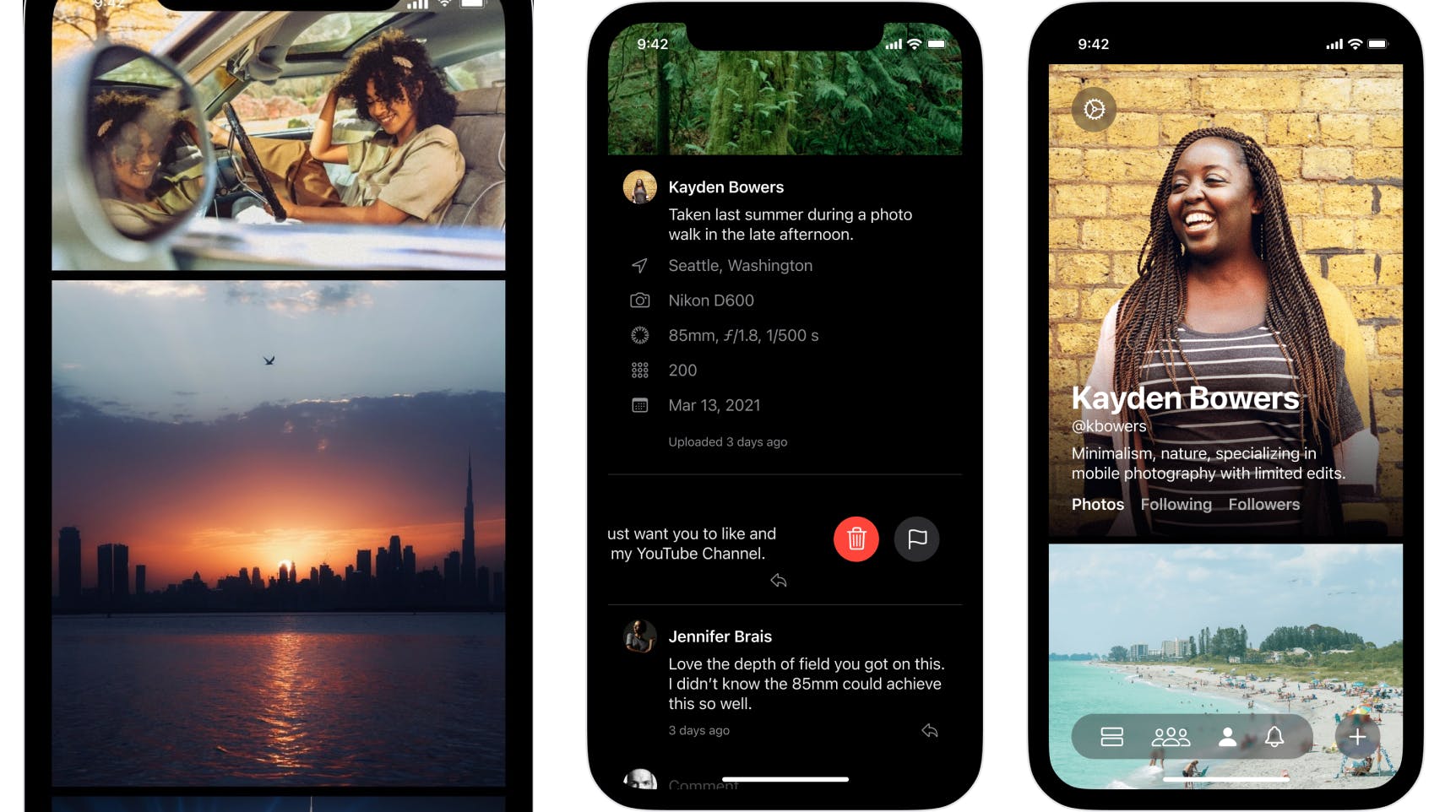 Instagram started out of founder Kevin Systrom’s love for photography, but many photographers don’t see the app as an outlet for creativity or place for community like they once did.

"As an amateur photographer, I am craving "community not comparison," commentor Kartik Parija wrote on Product Hunt.

A lot of catalysts can be credited for this change: Facebook acquiring Instagram, an algorithm that favors likes, filters and society’s obsession with perfection, social giants like TikTok popping up and pushing competitors to shift their priorities — to name a few.

Even Instagram admits they’ve got new priorities, as evidenced by this quote resurfaced by an article on Om.

Glass is trying to fill the void. The new photosharing app and community for photographers launched on Product Hunt on Tuesday. Its bootstrapping founders, Tom Watson and Stefan Borsje, met while working together at Framer. Watson is ex-Facebook and ex-Pinterest, counting over 20 years of experience in product design. He told Om:

“We hope to build a community for all levels of photographers to learn, grow, and generally nerd out about photography.”

So how is Glass different? At the top level, it’s private and subscription-based. If that sounds like deja-vu, it might be because we just wrote about Neeva, the “anti-Google,” a new search engine from an ex-Google team with a subscription-based and ad-free model. And then there was Monarch from a founder who’s ex-Mint with a similar story. The move away from pure ad monetization continues, but the bottom line effects on big tech is yet to be determined.

On a features level, Glass also steers clear of public counts (Instagram has been experimenting with this) and engagement algorithms. Photographers will be excited by things like P3 color profile support, minimal compression, and EXIF data behind your photos.

See more of the features and what the community is saying about Glass's entrance among its predecessors, from Instagram to Flickr.

QOA: “What Oatly did for milk”