It was only a matter of time before we saw no-code builders focus on web3 products.

Software that lets you build marketplaces and apps without code are still evolving within web 2.0 (i.e. the current phase of the internet that drives online collaboration). Now, as a wave of blockchain tech pushes us towards the next phase of the internet, no-code is perfectly suited to play a big part. No-code democratizes creation, and web3 is all about democratizing the internet.

Enter: thirdweb, a platform for building web3 apps and games without code. It launched last week alongside its announcement of closing a $5M funding round from high profile investors like Mark Cuban and Gary Vee (and Ryan Hoover).

thirdweb’s founders are Steven Bartlett and Furqan Rydhan. Bartlett previously founded a marketing agency called The Social Chain, and those in the UK may recognize him as the newest — and youngest — investor to join the "Dragon’s Den" (the "Shark Tank" of US or Tigers of Japan). Rydhan is a serial entrepreneur: the co-founding CTO of Bebo and then AppLovin. He started an incubator, Founders Inc., which is where the idea for thirdweb emerged.

“We've spent the last 18 months, in my incubator, working with a bunch of teams who are trying to launch NFT and web3 projects. During that time we learned the biggest barriers for developing these experiences is learning new programming languages and blockchains,” shared Rydhan.

thirdweb facilitates deploying smart contracts (using your own wallet) so that you can use widgets and interfaces with web3 features in your product, whether that be an app, game, or DAO. Makers can use thirdweb to launch NFTs, marketplaces, social tokens, and more.

The platform is free to use until royalties and fees are programmed into the sales of NFTs that are launched. thirdweb takes five percent of the royalties of secondary sales. At least one commenter expressed some disappointment with this model, but the makers support it, saying that it means the company's revenue is in direct proportion to the success of its customers.

Feedback otherwise has been overwhelmingly positive, with multiple early adopters commenting on the company’s strong customer service experience via Discord.

It’s of note that we did also just see related launches from Tellie, InLoop, and Nifty Generator, so if you’re building or integrating products in this space, check those out next.

To democratization
SAFER THAN A SQUID GAME 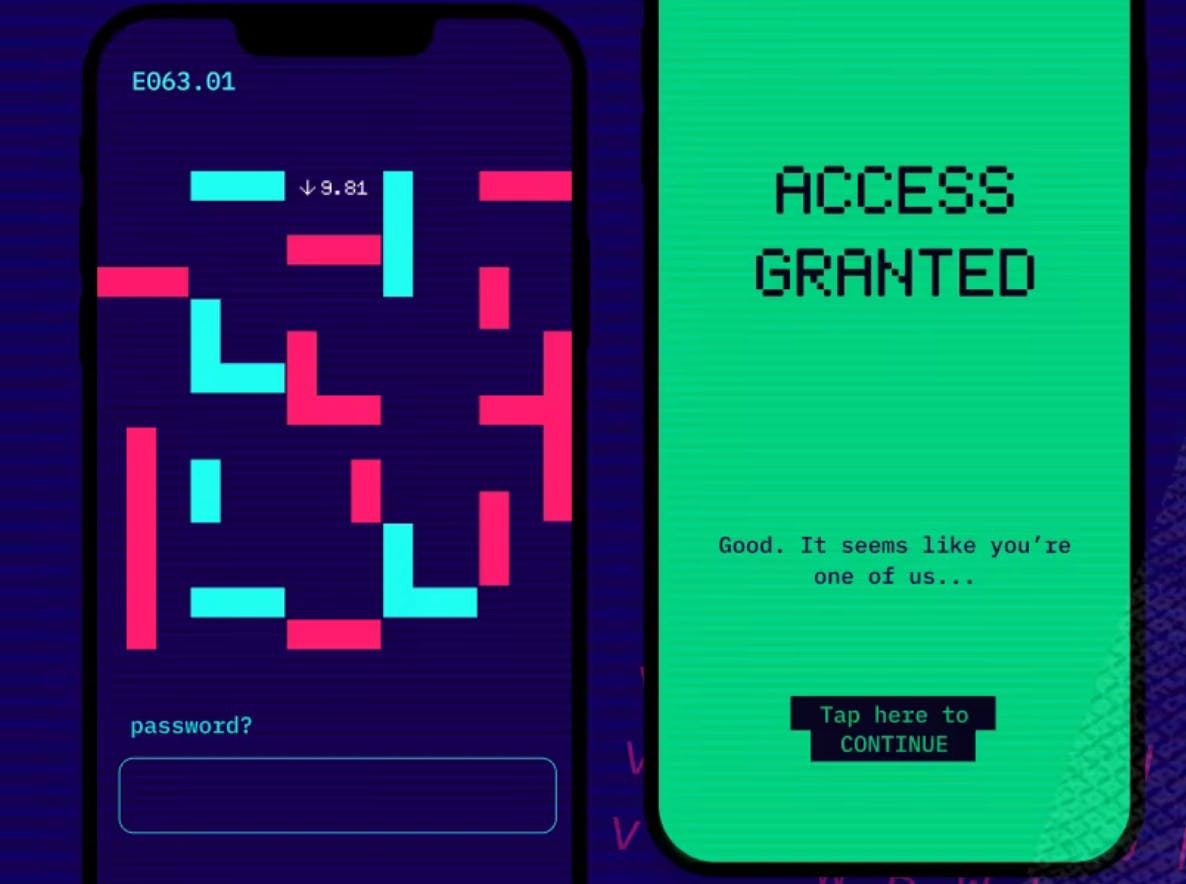 We’ve all had a rough couple of years and it feels like it’s time for the internet to unite again over something we all love — games!

Lalo Martinez is a product designer at Quora where he works to bridge the gap between machine learning and design. On Friday, he dropped 63, a real-time puzzle-solving race against everyone in the world.

“The first competitor to find a series of passwords wins the event and a place forever in our Hall of Fame. Only 63 events will be played ever, 63 changes to beat the world.”

Incoggo sparked a great conversation this weekend about paywalls and free information on the internet. The free adblocker unlocks 18 well-known publications from the Wall Street Journal to Billboard, but some in the community are concerned about taking compensation away from journalists.

Here’s why we think it’s worth noting. Incoggo’s maker shared: “We understand your concerns, and we're actually exploring / internally discussing a Spotify-style model/micropayments-style model, but it's still early days! :)”

Join the conversation (with kindness, please).

Paywall or no paywall?
💌 Join 500K+ subscribers who get the best of tech every day right to their inbox
Enjoying this newsletter?
Previous newsletters
Zoom out
December 12, 2021