Recreate Jurassic Park with your iPhone

Nat, CEO of Litho and one of the makers of Diorama, says now you can create Jurassic Park-like films anywhere from your bedroom to the beach. You can produce far more sophisticated animated visual effects than ever previously possible on your phone.

This is great news for makers and creators who want to create better content without spending a fortune. The iPhone is a pretty powerful machine as explained by Nat, “If you have an iPhone with an A12 chip or newer, actors can also interact directly with the props in your scene through body tracking, and the app has a selection of live video filters, which help blend virtual objects with the camera feed.”

To get the most out of Diorama, you’ll need an iOS device with ARKit support (generally iPhones no older than 5 years will support this) and a Litho AR controller which costs $99.

We’ve seen smartphones replacing photo cameras and now with the latest AR developments, we’re seeing smartphones getting into the big screens. Just imagine how many more talented producers will get a chance to bring their visions into reality.

Here are some early reactions from the community:

“Wow. That is sick. I've never seen such an interesting use of AR. Just awesome.” – Mi Wy

“The UI and workflow shown in the second video is just amazing.” – Aidan Wolf

“Looks cool! I like that you are recognising that accessibility and ease of use are a key to make it go viral!” – Sabina Weiss

This tool wants to make disappearing URLs and self-destructing messages cool as well. 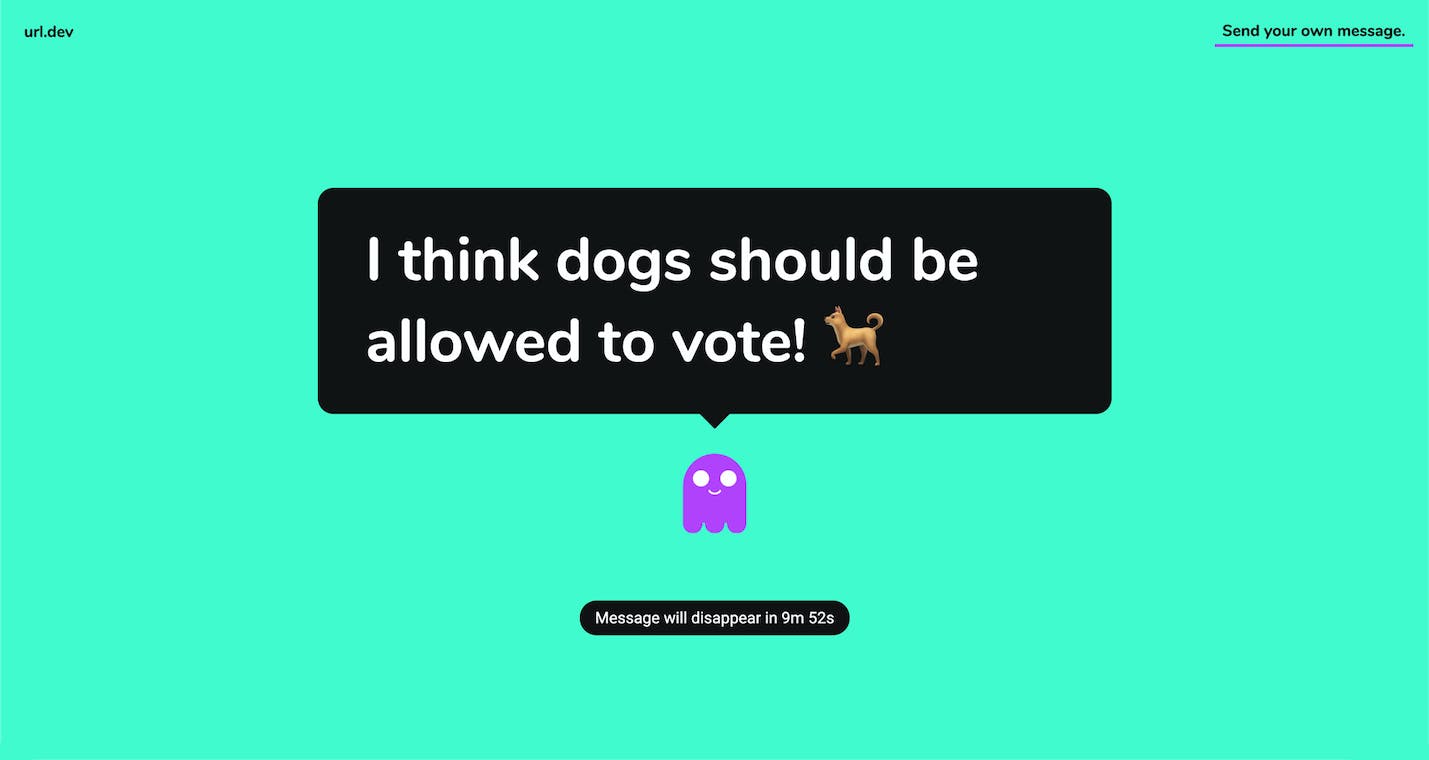 Sponsored By
Build lasting relationships from the start with Zendesk. The Zendesk for Startups Program gives qualified startups 6 months free of Zendesk customer support, engagement, and sales CRM solutions, along with tailored resources and access to Zendesk’s exclusive community of founders and partners. Join the program now.
This Weekend's Top Products
Piar.io
Optimize link preview for any social networks and messengers
Web Stories by Google
The visual storytelling format, now for your website.
Ring Always Home Cam
An indoor flying security camera for your home
Websites by MailerLite
Is today the day you launch your passion project? You can build a fully-functioning website in an hour with our no-code drag & drop builder. Add a blog, use interactive signup forms, and much more. All with 24/7 live customer support. Join for free.
Promoted
Simpdf
Edit PDF like a word doc
Wrrooom! Illustration Constructor
Easily construct cute illustrations and avatars
Kurzgesagt - Universe in a Nutshell
Travel our universe in the palm of your hand
codedamn
Teach yourself to code
The State of Prototyping Report
A global industry report by Design Week and Framer
iOS Skins
An up-to-date collection of the best iOS 14 themes.
Deepwork.fm
Minimalistic "radio" with 4 channels
Show More
💌 Join 500K+ subscribers who get the best of tech every day right to their inbox
Enjoying this newsletter?
Previous newsletters
Amazon's flying home patrol
September 24, 2020
Control any drawing 🤯
September 23, 2020
Home screen FOMO
September 22, 2020
Latest Stories
Shopify’s 100+ new updates and its bet on a new era of commerce
7 min read
Data rooms - why, when, and how?
7 min read
How I tamed panic
26 min read
The making of Product Hubs
6 min read
FAQTermsPrivacy & Cookies
NewsletterAdvertise
© 2022 - Product Hunt