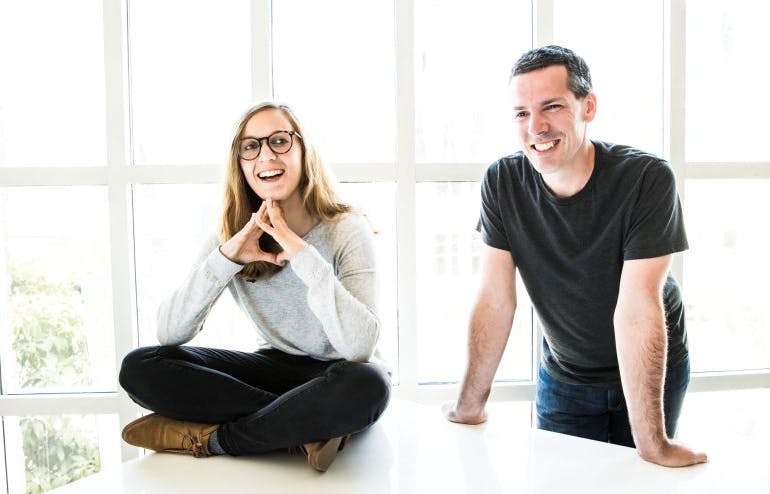 We have to accept that email isn't going away. Y Combinator backed Front, a shared inbox for teams, just raised a $66 million Series B from Sequoia and DFJ, and the round came about in just 5 days.

Mathilde Collin, co-founder and CEO of Front, told TechCrunch: "I decided that I wanted to raise money, I scheduled 11 partner meetings over a single week. At the end of the week, I had term sheets from all investors but one." 😮

We've seen a host of email apps come an go since Mailbox was acquired by Dropbox (and shut down later). Companies like Polymail, Spark, Airmail, Canary Mail, Boxy, have each come up with a unique design and approach to email.

Notably, Superhuman by the former Rapportive team, remains one of the most compelling products in the space with 54,000+ people subscribers to its upcoming launch on Product Hunt.

Front's massive funding round may have seemingly come out of nowhere, but it was evident the company was up something great since their move from France to Silicon Valley. In December, the company was included in AngelList's YC Startups that are Aggressively Hiring collection, as well as the 20 Female Founded Startups to join in 2018, as recommended by investors. It's not too late to join them.

P.S. Front CEO Mathilde Collin's Equity Calculator is nominated for a Side Project of the Year. 🏆😸
Golden Kitty Nominations
HIGHLIGHT
Want Kitty swag? 😻👕 Our 4th Annual Product Hunt Meetup in San Francisco is today: RSVP for a chance to win one of ten PH swag bags. Best part? You can win from anywhere 📦 Hope to see you all there. 🎉
Yesterday's Top Products
Airdrop by Earn.com
Get 100,000+ early adopters for your token project
lemlist
The first outreach email platform with personalized images
Astro 3.0
Intelligent inbox and calendar for iOS, Android, Mac & Slack
MealPrepPro
Get a healthy weekly meal plan tailored to your calories & macros. No more calorie counting, just delicious practical recipes that help you reach your fitness goals. Now with keto & plant based plans.
Promoted
Colorwise.io
The wise choice of colors.
Mailbutler 2.0
Your personal assistant for Gmail and Apple Mail 📬
The BAMF Content Machine
20+ Content Growth Hacks (Now included in THE BAMF BIBLE)
Show More
💌 Join 500K+ subscribers who get the best of tech every day right to their inbox
Enjoying this newsletter?
Previous newsletters
How to spy on your Twitter friends 🕵️
January 23, 2018
CryptoCelebrity is the new CryptoKitties 😺🔥
January 22, 2018
This year's Golden Kitty Awards 🏆😻
January 21, 2018
Latest Stories
The CEO with an Empty Calendar
12 min read
What it feels like when you've found product-market fit
18 min read
The unicorn startup with zero revenue?
7 min read
“90% of the game is not giving up”
10 min read
FAQTermsPrivacy & Cookies
NewsletterAdvertise
© 2022 - Product Hunt