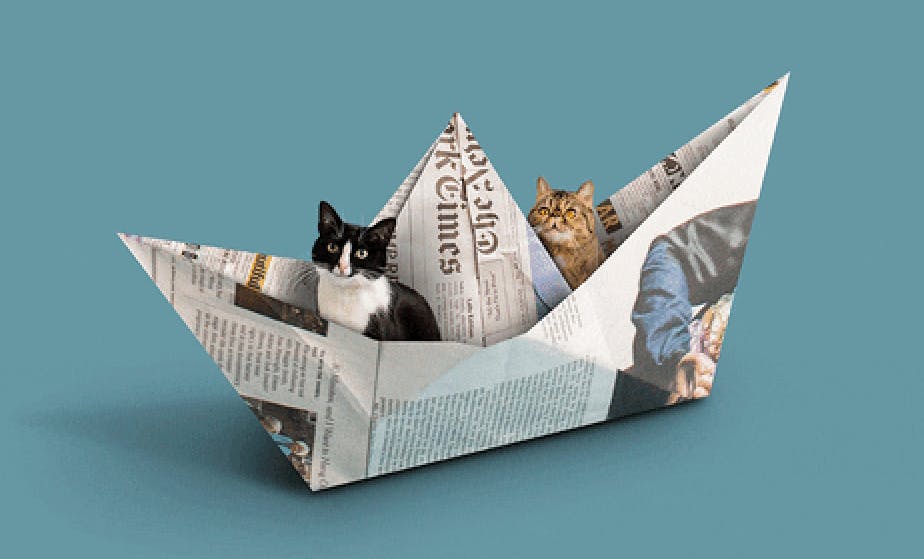 Instead of a deep dive on one particular product (our usual style), we’re recapping the week’s big/small/weird/creative/futuristic product launches, along with a few other things you may have missed across the Product Hunt ecosystem. We hope you dig it, but please share your honest feedback here.

Facebook News, a dedicated place for journalism on Facebook, just arrived. The “News Tab” is available today to certain U.S. users, and will roll out more widely in the coming months. The idea is to drive revenue back to media companies — the Facebook News homepage will by curated by journalists with “editorial independence.” Tell us what you think.

Google launched a new set of apps designed to help you balance your life with technology this week. The “Digital Wellbeing” experiments debuted in the Play Store, and include apps like “Unlock Clock” to tell you how many times you unlock your smartphone per day, “Post Box” to control when (and how often) you get notifications, “Morph” to show you different apps based on the time of day, and “WeFlip” to help you unplug during IRL time with others.

Kapwing made a splash this week to introduce real-time collaboration on multimedia projects. With its new tools, creaters can edit video, animate, add music, caption images, make ads, design graphics, create memes...should we keep going? Since Kapwing came out of stealth about a year ago, it’s grown 10X (to more than 1 million users) and just raised a $11 million Series A.

Some other stuff from this week...

An AMA about fundraising, intellectual property and mixing nostalgia with tech. A debate on paying for ad-free YouTube. Some honest feelings about AirPods. And a podcast about growing from zero to eight figures in 24 months.

Discover the platform that’s secured successful raises for innovative startups like Wyre, Virtuix and Death & Co. Explore the benefits of joining SeedInvest’s community of over 600,000 investors and diversify your portfolio by investing in early-stage companies with the potential for growth. View important disclosures and risks associated with Equity Crowdfunding investing here

Learn more
Yesterday's Top Products
RemoteHQ
Real-time collaboration for distributed teams
Coda 2.0
A new doc for teams.
Cash App Stocks
Now you can invest with Square's Cash app
Rivers IM
Rivers.IM is a business/team collaboration platform that makes managing business communication simple, fast and secure. Be more productive and spend your time getting things done with unmatched performance on Rivers.IM. Try Rivers.IM today for free!
Promoted
Kapwing Studio 2.0
Make multimedia together in real time
Pop Up Maker by Landingi
Stop losing visitors and start converting
Show More
💌 Join 500K+ subscribers who get the best of tech every day right to their inbox
Enjoying this newsletter?
Previous newsletters
We partnered with Snapchat on the next...
October 23, 2019
Like Squarespace, but for social media
October 22, 2019
NEW from Figma: GitHub for designers
October 21, 2019
Latest Stories
Shopify’s 100+ new updates and its bet on a new era of commerce
7 min read
Data rooms - why, when, and how?
7 min read
How I tamed panic
26 min read
The making of Product Hubs
6 min read
FAQTermsPrivacy & Cookies
NewsletterAdvertise
© 2022 - Product Hunt