The most artistic maker in tech 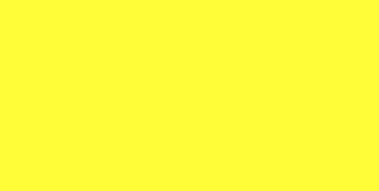 Last month, Bye Bye Camera launched on Product Hunt with a lofty goal: to be “the camera for the post-human era.” In practice, this means that every picture you take with Bye Bye Camera automatically removes any people from the photo.

“So cool. Who needs humans in pictures anyways?” - Dave

And according to Bye Bye Camera Maker Damjanski, these comments are actually part of the product. In fact, he doesn’t consider Bye Bye Camera a product per se, but more of an “online performance.”

“The launching process for me is always part of the piece. You have an intent or an idea of what’s going to happen when you launch something, but ultimately people will use it in a totally different way” - Damjanski

There was MoMAR, an augmented reality “gallery” that allows users to virtually alter physical art. With MoMAR’s release, things got very meta and the PH community started to question the meaning of art itself.

There was also Humans Not Invited, a CAPTCHA that filters out humans (we’re sensing a theme 😉) and only lets programs pass. With this project, Damjanski said he was surprised that it turned into “a game” where people tried to hack their way past the CAPTCHA, and would comment on the post when they finally made it in.

When we asked Damjanski about where he gets his inspiration, he said it’s often a long, mindful process.

“It starts out with having read or seen something, and that inspires some thought. Sometimes it’ll take up to a year to do something. For Bye Bye Camera, we started talking about it last February and then this past February we decided to actually make it.”

🤔 What am I pretending today? replaces Facebook’s ‘What’s on your mind?’

🙌 Age-Gate With Attitude is a *different* age verification system

😋 Clemo is an SMS-based chat bot for restaurant recommendations

👀#FiveForAll is high five emojis for everyone

👶 Babyname is Tinder for baby names

For the full collection, go here.