The first: the Google Pixel 3 and Pixel 3 XL, the newest generation of Google's flagship Android smartphone. Both come with slimmed down bezels, wireless charging, and AI-powered dual front cameras with nifty new camera modes like Night Sight, Super Res Zoom, and Top Shot that takes a burst of photos and automatically selects the best one.

The second: the Google Home Hub, their newest addition to the Google Home family. It comes with a 7" screen to display the weather, upcoming appointments, and cat videos on YouTube.

At $149, this new device directly competes with the Amazon Echo Show ($229+) and the contentious Facebook Portal ($199+). We'll have to wait and see who wins the battle for your kitchen counter. 🏘️

The third: the new Google Pixel Slate, their most recent attempt to kill the iPad. The Chrome OS tablet comes with a 3000×2000 display, 8-16GB of RAM, front and rear cameras, and will ship later in 2018 for $599+. Biggest heartbreak: it does not have a headphone jack. 😢 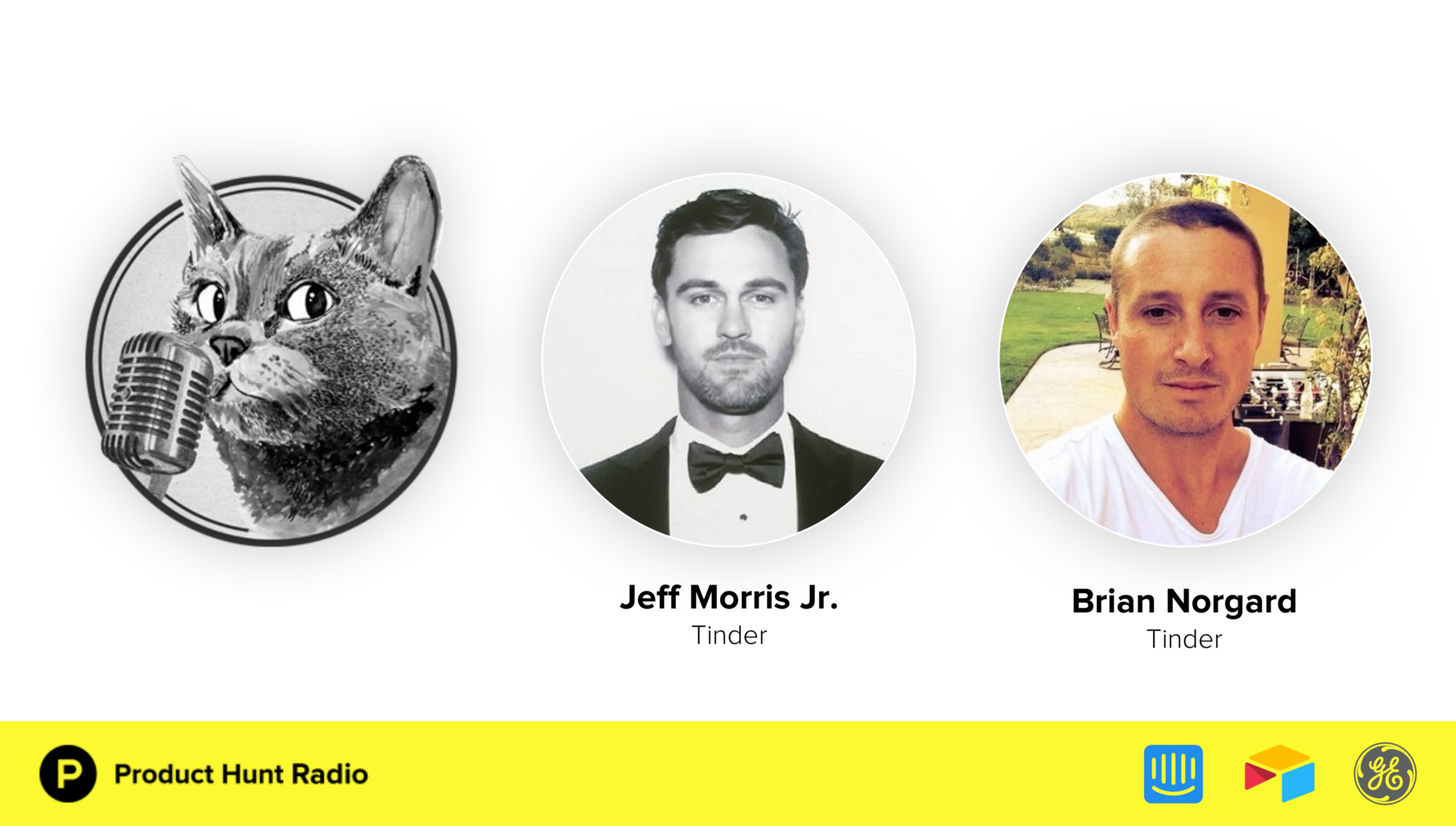 In this episode of Product Hunt Radio, we're in Los Angeles talking to Brian Norgard and Jeff Morris Jr., both of whom may be indirectly responsible for a generation of “Tinder babies”. In this episode we talk about: Listen here, and subscribe on Apple Podcasts, Google Podcasts, Spotify, Breaker, Overcast, or wherever you listen to your favorite podcasts.