Yesterday a team out of Toronto launched Dialog, a simple way to host your own live AM radio show on the internet.

We gave it a try and a few friends popped in. Long-time Product Hunt community member, Adam Marx, jumped on. Gereltuya called in from Mongolia at 3am. Naval shared his feature requests and ideas. You can catch the recording of the conversation here.

Now's a great time to build for voice and audio with the rise of AirPods and mass adoption of Google Home and Alexa-powered devices (fun fact: more than 40M homes in the U.S. have a voice assistant). Sonos just announced their developer platform. Amazon introduced their Alexa-powered microwave. Kids are barking commands at Alexa, even if Alexa isn't around. Hardware adoption is here and consumer behavior is shifting.

Of course, Dialog isn't the only one experimenting in this space:

🐦 Twitter's Periscope launched something similar as a weekend hackathon project earlier in the month.

💸 Ense is a super minimal app for sharing your voice and sounds, built by the co-founder of Venmo.

📝 Medium has quietly (pun intended) turned into an audio platform, offering professionally voice-read versions of its most popular articles.

🚣‍♂️ Anchor, with $14M+ in funding from GV, Accel and others, has evolved into a podcasters platform, making it easy to start your own show and publish to Apple Podcasts and more.

And then there are the picks and shovels for creating unique voice experiences:

🤖 Lyrebird is a freaky tool that uses deep learning to imitate anyone's voice.

Give Dialog a try and add a link to your show in the Product Hunt discussion. We'd love to (literally) hear from more of you in the community. 🎙
try Dialogue
HIGHLIGHT
TL;DR: The 3rd episode of Product Hunt Radio just dropped. Listen here. 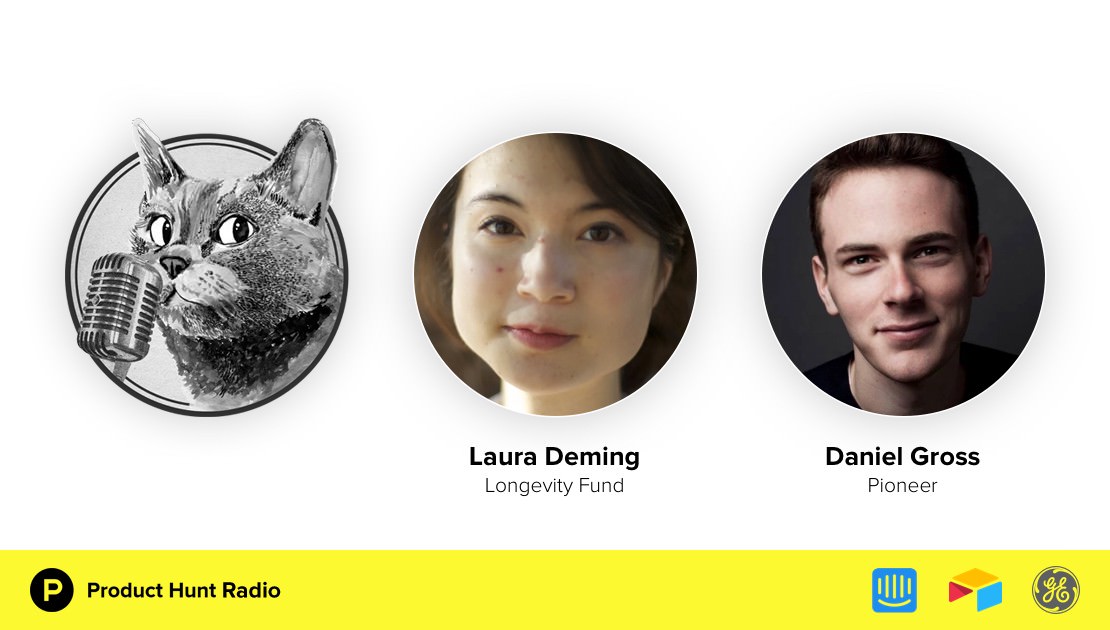 This week, we're joined by two people, Laura Deming and Daniel Gross, that have accomplished more before the age of 30 than most people have realized in a lifetime. In this episode we talk about: Listen here, and subscribe on Apple Podcasts, Google Podcasts, Spotify, Breaker, Overcast, or wherever you listen to your favorite podcasts.