Sonos is taking on Amazon, Apple, and Google 🔈

Sonos is taking on Amazon, Apple, and Google... all at once.

The Santa Barbara-based hardware startup known for their premium speaker systems just launched a powerful developer kit for their millions of devices.

Within the past few years, millions of homes have adopted Amazon Echos and Google Homes. Even babies are learning how to use the voice assistants to play music, ask about the weather, and explore the internet. 👶 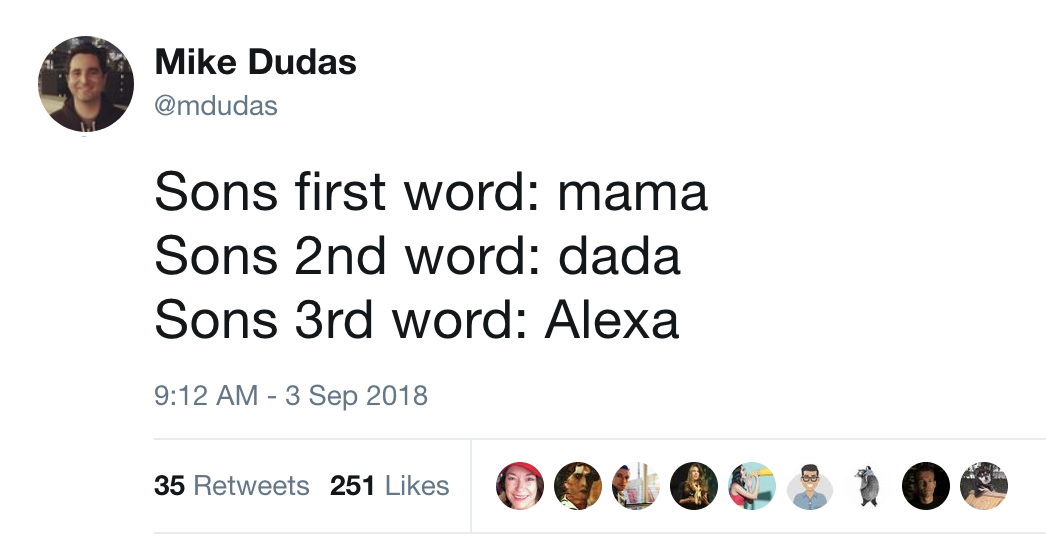 Last year, Sonos launched the Sonos One – a self-contained, Alexa-connected speaker to compete with the Amazon Echo. Previously, all of the Sonos systems required an Echo Dot or Google Home to let people control their speaker with their voice. Apple also launched their own Siri-powered HomePod in February.

This is Sonos's first large foray into opening their hardware to developers. Before, they've relied on Amazon and Google's massive suites of Alexa/Google Home skills to expand how users can speak to their Sonos devices.

This isn't a trivial battle – the ultimate winner(s) of the battle to own your voice assistant will heavily influence where your voice purchases are routed, which streaming service plays your music, and your newborn's first words. 😂

Coincidentally, Twitter just launched Periscope Audio, a new feature to broadcast just audio. Think of it like a live podcast for your Twitter followers. We're hoping the next update will let you jump into a friend's live Periscope audio broadcast from a separate phone. Anchor, the popular podcasting tool, already supports this feature for non-live broadcasts.

We can't wait to see what makers build on Sonos. Share your thoughts – the Sonos team will be around all day answering your questions. 🔈

Yesterday's Top Products
Design System in Figma by Design+Code
Guide to designing a site using a design system by Meng To
Readwise
The best way to remember your ebooks & articles 📚
TrafficTicker
Monitor your Google Analytics site traffic in real-time
We Work Remotely
Looking for a remote job or seeking a qualified remote employee? We Work Remotely is the #1 remote specific job board in the world! Join our community of over 2,500,000 monthly visitors and browse through hundreds of opportunities in a variety of career niches to find your next job or qualified employee! Go remote!
Promoted
NotaBene
Shortcuts for quickly emailing notes to yourself & others
Cralocs
AirBnB for film locations
Show More
💌 Join 500K+ subscribers who get the best of tech every day right to their inbox
Enjoying this newsletter?
Previous newsletters
Delete yourself from the internet
September 05, 2018
NEW Google Chrome 🖥️✨
September 04, 2018
10 Crazy Startups 🚀
September 03, 2018
Latest Stories
The founder of a popular Twitter tool shares his best tweets
8 min read
Announcing the Golden Kitty Awards 2021 Winners
4 min read
What it feels like when you've found product-market fit — by Lenny Rachitsky
18 min read
The CEO with an Empty Calendar
12 min read
FAQTermsPrivacy & Cookies
NewsletterAdvertise
© 2022 - Product Hunt