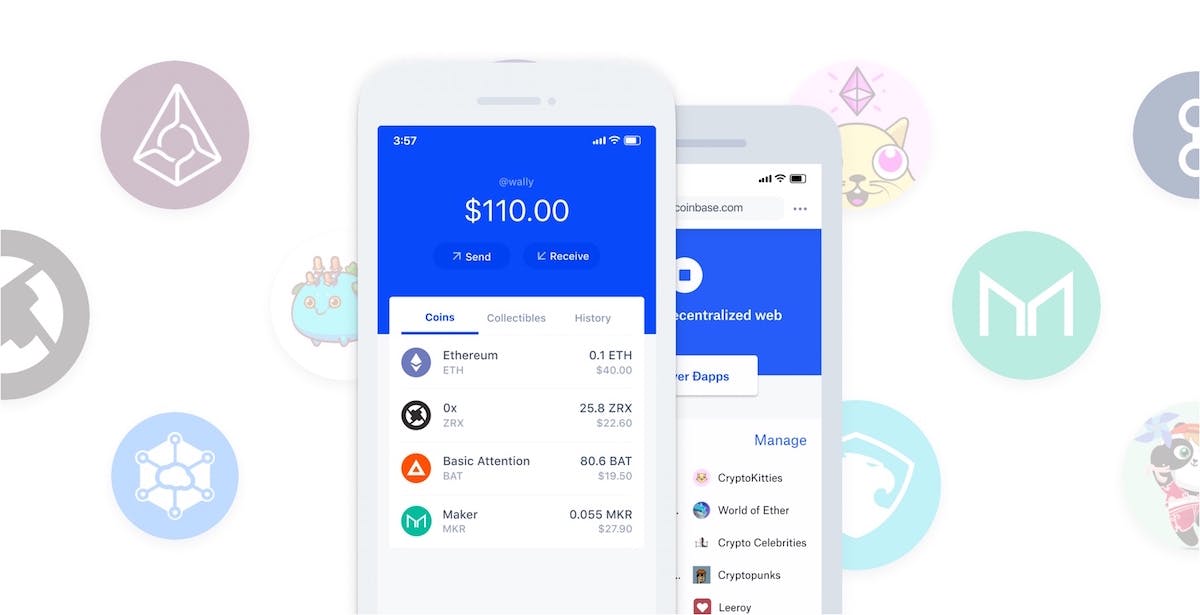 Big launch from Coinbase yesterday: Coinbase Wallet, your portal into the world of decentralized applications (dapps).

Ready to decentralize? Here's are 10+ dapps to test. ⛓️🚀
10 DAPPS
HIGHLIGHT
Normally we run a single giveaway at once.

Not anymore! Innovation has arrived, so we're back with two giveaways to help you treat yo' self. Two chances to win a spending spree on us. Enjoy. 😊

Boring legal disclosure: the sweepstakes is only open to our community based in the US. We're working on opening these up to everyone!
Sponsored By
Coda brings all your tools together in one powerful doc, letting you create a workspace that works for you.

To celebrate, they’re holding the first ever Coda Packathon. Join them for a six-week, virtual Pack-building event and enter for a chance to win $20,000 in prizes.
Try Coda
Yesterday's Top Products
Blurt
Writing tool optimized for productivity and focus
Coinbase Wallet
The easiest and most secure crypto wallet
Font Shaming
Which fonts do top 737 ProductHunt startups use?
Crello
Create eye-catching animated posts, covers and ads in minutes using Crello Animation Maker, regardless of your design skills. Use hundreds of customizable animated templates, objects and backgrounds that you can easily adapt to your project.
Promoted
The Pitch by Gimlet Media
Real entrepreneurs pitch to real investors—for real money
Waydev
Git analytics (2018) version 1.0
Show More
💌 Join 500K+ subscribers who get the best of tech every day right to their inbox
Enjoying this newsletter?
Previous newsletters
"Pecking customers to death like ducks." 🦆😬
August 14, 2018
Want to meetup?
August 13, 2018
Airbnb’s newest competition is… unique
August 12, 2018
Latest Stories
Transformers: The rise and rise of Hugging Face
10 min read
How data onboarding may be affecting your churn rate
7 min read
Shopify’s 100+ new updates and its bet on a new era of commerce
7 min read
Data rooms - why, when, and how?
7 min read
FAQTermsPrivacy & Cookies
NewsletterAdvertise
© 2022 - Product Hunt